Appropriating Lesbianism, from Donne to Cleland

Megan Corbett has just completed her English BA at the University of Leicester, where she spent the last three years studying literature from medieval times to the present day, frequently focusing on the role of women throughout history, both within texts and as authors of them.
This blog post examines the roles of female narrators who have lesbian sexual experiences within the work of John Donne, John Cleland, and the Abbé du Prat. These male authors use various forms of erotic writing, but each appropriates a female voice and depicts lesbian sexual interactions in their work. Considering the male-dominated society and illegality of homosexuality, Megan Corbett explores why lesbianism was a necessary part of these texts. The use of lesbianism is, in part, an expression of male superiority, with male authors writing about lesbian sex in order to prove both the sexual and literary superiority of men.

Nowadays, many people assume that the purpose of pornographic materials is sexual arousal. However, in The Invention of Pornography Lynn Hunt argues that ‘pornography was almost always an adjunct to something else until the middle or end of the eighteenth century’ [i]. The question of the purpose of erotic writing in this period is raised by texts such as Fanny Hill (1749), John Donne’s Sappho to Philaenis (unknown date), or dialogues like Venus in the Cloister (1683). Whether a fictional narrative or political opinion, each of these texts has, as Hunt expresses, some additional purpose. In this post, I explore the purpose of these three texts and, more importantly, why the male authors felt it necessary to use female narrators who have lesbian experiences to attain their ends. In a text as explicit as Fanny Hill the use of lesbianism may just be for arousal, but Venus in the Cloister uses lesbianism to criticise religious institutions, and Donne elevates his own poetic ability by associating himself with Sappho.

First published in print in 1633, Donne’s poem ‘Sappho to Philaenis’ is in many ways typical of Donne’s poetry, full of sexual euphemisms and romantic ideas. However, it is the only poem of his in which the voice belongs to a lesbian woman. Sappho was an archaic Greek poet in her own right, as well as the source of the words ‘sapphic’ and ‘lesbian’. Little is known about Sappho’s life, but her poetry does make it clear that she was sexually and romantically attracted to women despite many retellings of her story suggesting she died for love of a man.
Donne, unlike countless others, presents a Sappho very much in love with another woman (the Philaenis of the title). The question then becomes why Donne - a heterosexual man - used Sappho’s voice to express not only love but sexual desire for a woman. By ventriloquizing Sappho’s voice, Donne gives himself the authority to speak as not only a female or a lesbian, but as a historical figure, demonstrating a male arrogance which exploits Sappho’s poetic fame, and claims ownership of her voice. He may preserve her homosexuality, unlike countless others who have told her story, but he appropriates her voice to do so. Donne using Sappho’s voice, among other things, demonstrates his position of power.

Venus in the Cloister, authored by someone known only as the Abbé du Prat, takes the form of a dialogue, an early-favoured style of erotic writing. This form makes the question of voice even more important as the Abbé du Prat introduces the narrative, claiming the text recounts conversations between two nuns, Sisters Agnès and Angélique. It is unclear whether this text is primarily pornography or anti-Catholic propaganda, but the implication of using female voices to talk about religion suggests it is a distancing technique: the authority of their religious discussion can be undermined by their lesbian interactions, which always seem to precede or succeed their conversations about religion.

The two women discuss the laws of God and man, the need for flagellation, and read numerous books on religion through the text. In what is at base level a whore dialogue (a genre of Renaissance erotic writing which typically concerned the sexual education of a younger girl by an experienced older woman), this depiction of intelligent women could be a positive representation, but James Grantham Turner writes that ‘the narrative of female didactic supremacy is undermined by the obvious fact that males actually write the script’, and that ‘these enlightened and autonomous ‘women’ have been fabricated by a male author for a male readership’ [ii]. What appears on the page as intelligent debate between two women was written by a man who allowed them to have the debate - moreover, he created them in order that they could reason themselves out of religion and into sex.

As if to confirm that this was written with a male readership in mind, the sexual desire evident between the nuns does not culminate in their sexual enjoyment of one another. Instead a male organisation - the ‘Knights of the Grate’ - is introduced for physical interactions other than kissing. Whilst the Abbé Du Prat’s purpose in writing these dialogues may have been to critique religious institutes, he also - intentionally or not - appropriated lesbianism to reach these ends.

Containing heterosexual, lesbian, and gay sex scenes, Cleland’s Fanny Hill contains both disapproval of homosexuality and homosexual sex scenes, leaving critics in disagreement as to Cleland’s attitude towards homosexuality. Whilst Fanny Hill tracks Fanny’s sexual exploits, moving from the relatively tame loss of virginity to voyeuristic group sex, her introduction to sex begins with another woman.

Lesbianism is used multiple times in Fanny Hill as an initiation into prostitution, a first step into a world of sex. To use Cleland’s phrasing, lesbianism is the pollutant which brings Fanny to accept and enjoy sex; before long, Fanny promises herself that she would ‘not be put off much longer with this foolery from woman to woman’[iii]. Fanny Hill serves a male readership in two ways: Cleland provides voyeuristic pleasure by describing lesbian sex in graphic detail, but he also places men as superior pleasure-givers. One character’s potential bisexuality is described as her making ‘the most of pleasure, wherever she could find it’, whilst Fanny degrades lesbian sex to ‘foolery’. Not only does Cleland exploit lesbianism in his writing, but he equates it to a corruptible force and suggests it is not a source of true pleasure, but instead a precursor to heterosexual sex.

The lesbian scenes at the beginning of the novel are reflected at its close, as Fanny witnesses two men having sex in a public-house. Whilst Fanny welcomes, if slowly, her lesbian interactions, her visceral reaction to witnessing two men have sex is to declare it ‘criminal’ and label them as ‘miscreants’[iv]. Julie Peakman explores the difference between these two experiences, explaining that ‘tribadism [defined by Peakman as sex between women]...was seen as a substitute for sex with men and…treated as a normal introduction to sex’ whilst male homosexual acts were a ‘threat’[v]. Fanny dismisses lesbian sex because she believes she can get more pleasure from a man. Male homosexuality, however, offers her no pleasure. Every sex act in Fanny Hill is reassuring for a heterosexual male reader: lesbianism is pleasurable but ultimately insufficient; heterosexual sex is focused on the dominance of the phallus; gay sex is criminal.

The link between these three texts is the male authorship of lesbian experience, but the nature of these experiences varies across the texts. At times it is used as an introduction to sex, at others it is a substitute. ‘Sappho to Philaenis’ depicts homoromantic feelings as well as homosexual ones. Sometimes man is a necessary part of female sexual satisfaction, other times he is not. The female narrators of these texts are candid about their sexuality - something which even now we some have difficulty accepting and something which could have positively contributed to an understanding of female sexuality if taken seriously at the time these texts were written.

Sadly, the writing of all three texts is dependent on male power, with the author’s appropriation of female voices and sexuality displaying only their power and arrogance, not their support of women or lesbianism. In fact, these texts all indicate their authors’ belief that men are fundamental components of sexual satisfaction; even Sappho, who yearns for a woman throughout the poem, cannot be satisfied by Philaenis - a woman who is forever out of her reach - because Donne does not allow it. He controls Sappho’s access to pleasure because he controls how the poem ends. These women exist only as men created them, leaving their pleasure forever in male hands.

[v] Julie Peakman, ‘Initiation, Defloration, and Flagellation: Sexual Propensities in Memoirs of a Woman of Pleasure’, in Launching Fanny Hill: Essays on the Novel and its Influences, pp. 153-172, (pp. 159-60).

Hunt, Lynn, The Invention of Pornography: Obscenity and the Origins of Modernity (New York: Zone Books, 1993) 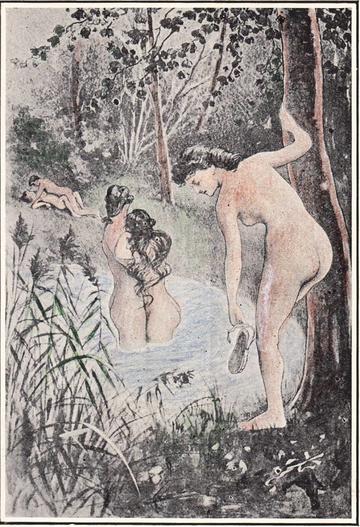