Call Out for Contributions from Oxford Humanities Researchers 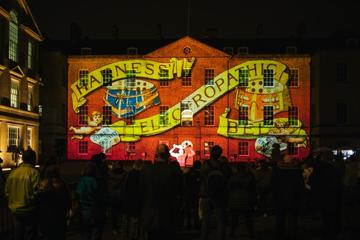 TORCH "Lost Late: Night at the Museums" at the OU Museum of Natural History and Pitt Rivers Museum
Being Human Festival (National Festival for the Humanities) - 7-10pm on Friday 17th November 2017

Following the success last year of our Being Human 2016 event 'FRIGHTFriday' with the Ashmolean Museum, TORCH is taking part in the Being Human Festival again for 2017.

We are collaborating with the OU Museum of Natural History and Pitt Rivers Museum on a late night public event called "Lost Late: Night at the Museums".

The Being Human Festival is led by the School of Advanced Study, University of London in partnership with the Arts & Humanities Research Council and the British Academy. This year’s Being Human festival is taking place nationally 17 – 25 November 2017.

- Does your research relate to the theme of 'Lost and Found'?

- Are you interested in engaging wider and public audiences in your research?

We are looking for around 30 Oxford University Humanities researchers at any career stage or discipline to be part of this event.

Researchers who take part will receive support from the TORCH Business Manager (Vicky McGuinness) to develop their activity for the night, and also experience working within a museum environment and experienced engagement museum staff too.

The TORCH team will also be carrying out some audience evaluation, which we will pass on to all researchers so that they have evidence of their work from the night, which may be useful for future funding applications etc.

The event will be publicised nationally by the AHRC, British Academy, School of Advanced Studies and Being Human Festival team.

If you would like to take part in the night (Fri 17 Nov 2017), please send your expression of interest to Victoria McGuinness at TORCH (victoria.mcguinness@humanities.ox.ac.uk) by Monday 4th September 2017

Your expression of interest should include the following:

2. Your previous experience in wider and public engagement with research (Lots, some, none etc)

3. Outline of idea for activity/research idea (around 200 words ideally) Example: Board game related to my research in criminal punishment...

4. What your target audience is  - if you know (do not say 'General public' - better to say 'young people', 'new visitors to museums', 'primary school children' etc)

5. Equipment/materials needed (if known at this stage)