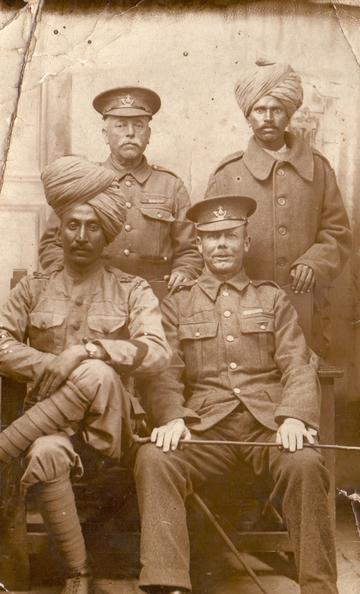 In the podcast, 'The Indian Army in World War One', Priya and her fellow speakers discuss the neglected role of the Indian Army during World War One, and how they are working to shed new light on the vital role that these servicemen played.

Listen to the podcast here.

Priya completed the Humanities Division Knowledge Exchange Fellowship in July 2018, on a project entitled 'The Indian Army in the First World War: an Oxfordshire perspective'. The aim of the project was to work collaboratively with the Soldiers of Oxfordshire Museum in order to investigate and highlight the overlapping, but largely overlooked experiences of men from India and Oxfordshire in fighting for the British Indian Army in Mesopotamia during the First World War. Key outputs of the project were several public history events and new educational resources for primary schools, which were designed to promote improved understanding of the local and global connections wrought between Oxfordshire and India by WW1.