Forensic scientist, the one-man (or woman) band of crime fiction

Crime fiction is more popular than ever, both in literature and in cinematography, with countless paperbacks, blockbusters and TV series published or broadcast every year.

Long gone are Sherlock Holmes’ times, when one exceptionally observant, erudite, and perceptive amateur was able to untangle the most complex cases, solely by deduction based on his five senses and academic knowledge.

Indeed nowadays detectives can extensively rely on technology to help them in their investigation, with DNA tests, GPS locators, CCTV, just to quote some of the tools exploited in the most popular crime series, so that, in most instances, the case is ‘open and shut’, as Americans love to say, thanks to the work and intuit of pathologists (or medical examiners) and forensic analysts (or lab rats). 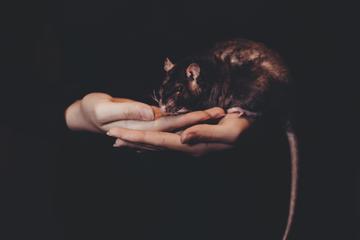 The latter are the real heroes of modern fictional crime solving, while the police is often tasked with just the legwork sparked by their piecing up hypotheses based on medical, botanical, chemical, cybernetic evidence. Yet, the dapper detective keeps us on the edge of our seats with spectacular car chases, gravity-defying stunts, and eventually gets the medal - and the girl - whereas the forensics are tucked away safely – and forlornly – in some basement, ready to don their white coats again tomorrow, business as usual.

If the lab rat is seldom making the wall of fame in fictional police stations across the TV channels you’ve flicked through self-isolation, the spectator also gets the inkling that most cutting-edge science exploited in the inventive plots is actually bordering sci-fi, or at least niche science: a case may be cracked thanks a rare specimen of pollen found embedded in the victim’s shoes, or minerals found in the stomach contents; a particular fabric dye traceable to a specific manufacturer can locate a Jane Doe, and so on.

If the sky is the limit in this clever application of science to entertainment, escapism and, why not? literature in its own right, one cannot help wonder how such specialised expertise is accessible to any forensic scientist, and not just an elite pool of experts.

In other words, are all forensic scientists featured in contemporary fiction proficient in botany, zoology, geology, palaeontology, astronomy, geography, linguistics etc. to graduate level? Or is it more realistic to expect specialists in the field to be contracted ad hoc when an investigation leads to such findings?

Of course, in real life, the police do rely on consultants, who come in play to answer specialised questions arising during the investigation of the resident forensics.

In fiction, however, introducing too many characters who just appear for a couple of scenes or pages isn’t practical in plotting terms, so authors prefer to stick to literary convention  and simplify it to the one character who knows it all.

One character is best suited to artistic purposes, not to overload the reader with a plethora of extras who don’t offer a significant contribute to the advancement of the plot, after all. But the reader, or watcher, cannot help sometimes speculate how many hours of research the lab rat must have spent, and how many university degrees are hanging on their walls, if they can move at so much ease in all fields of human knowledge with consistent professionalism.

In an accurately plotted work, said character would mention they have contacted an unnamed expert who returned an educated opinion on the piece of evidence submitted, for example psychiatric, or pharmacological,  or ethnological evaluation.

This indents their real-life credibility somehow, making them paper-thin characters sometimes, and the layman will end up thinking ‘oh well, this is just make-believe… In real life it isn’t that easy to catch a criminal, and in fact most cases go unsolved’, reflecting in turn on the reliability of police forces. The man in the street will wish for more Leroy Jethro Gibbs to be enrolled at the local constabulary!

In fact, let’s focus on the fortunate long-running series NCIS, especially the seasons featuring the adorable Goth forensic expert Abby Sciuto, a bit of an agoraphobic who in her outdoors expeditions always carries a black-lace parasol: from the comfort of her über-technological lab, at a click of a button, she is able to turn a wild goose chase in a tactical manhunt, simply – or at least she makes it seems so! – by comparing screens and lab samples, and breezing through all branches of science as if they were her ABC.

Another interesting fact seems to be that the best modern fiction forensic scientists are women, from the most famous medical examiner, and probably mother of all Twenty-First Century’s medical examiners, Kay Scarpetta, created by novelist Patricia Cornwell, to the glamorous Maura Isles, whose characterisation in Tess Gerritsen’s books and in the derived TV series is so diametrically apart that they might as well be two unrelated characters who just happen to share a name.

An intense, complex, well-plotted, and quite dramatic character is Sara Linton, protagonist of Karin Slaughter’s fortunate series of novels, which cleverly interweave her private life with her investigations in tandem with her ex-husband police chief: she is a paediatrician who doubles up as a medical examiner in a United States’ deep-south sleepy town, where people are sceptic about the reliability and utility of post-mortems, perhaps as much as they are about seeking medical attention, and she gets involved in investigations of harrowing personal significance. Her intuitive skills and expertise make compelling reading while they paint an eye-opening picture about the diffidence towards science within some pockets of the so-called civil society.

Lastly, in this by all means non-exhaustive panorama of fictional female forensic scientists who weather all storms, I’d like to mention the queen of Scottish noir Lin Anderson’s Rhona MacLeod, who is not just very clever, but incredibly fit for a lab rat, so she can embark in physically challenging research in the field in collaboration with her former lover and hot-headed detective. Their real charm, besides the theatrical use of forensics, is the pictorial sense of place, and the chilling love affair with the stark Scottish landscapes, often on the backdrop of Neolithic sites, which for, at least, Rhona seeks the expertise of another former lover, Magnus, historian from the northern islands.

In conclusion, for arts, whether cinema or literature, to aim at realism in the crafting of forensic scientist and pathologist characters, novelists and screenwriters must remember that the Victorian figure of the naturalist no longer applies: if Sherlock Holmes investigated nowadays, he would probably make good use of technology to exploit his deductive superpowers, but he’d be also likely to delegate the nitty-gritty to some cyber-geek, deserving as much of a passing mention as do the small army of anonymous street rascals that Holmes employs as his eyes and ears on the ground.

Fiction writers can indeed learn a trick of the trade or two from a scientific publication that makes compelling reading: When The Dogs Don’t Bark recounts the most significant achievements of Professor Angela Gallop’s forty-five-year long pioneering career in the field. It surely warns about the difficulty of gathering evidence at crime scenes, and even more, the difficulty of correctly picking what can be momentous, and its interpretation before discarding what seems just circumstantial.

The first golden rule about forensic science is that it demands team work between the supervising officer with the trained eye to comb the crime scene for traces, and all the experts summoned to evaluate, recognise, and make sense of those traces, to put them into context as evidence.

The second golden rule is that forensic science doesn’t always come under the police umbrella, but it is exercised by independent authorities. This way, it can prove invaluable help to the defence as much as to the prosecution.

Lastly, forensic scientists must take care not to contaminate or erase evidence before it can be processed, with their own presence at the crime scene. This is achieved by donning head-to-toe protective gear, no matter how clumsy and alien-looking makes you.

Hence, dear crime novelist, write off the allure of your character attending the crime scene in stilettos, as Maura does, or at least remind her to carry a pair of sturdy wellies in the boot, as Rhona does – or rubber boots in the trunk, since she is American.