It has become customary to use silence as a tool for remembering those who have suffered and perished during war and situations of conflict, as a result of acts of violence or terrorism, and through systemic failures, such as Grenfell Tower. The appropriateness of silence to such practices of commemoration is clear: words fail in such moments, and where words fail, silence falls. But what is to be made of this silence?

On a recent Radio 4 Thought for the Day (8.6.18) Rt Rev Graham James noted that there has been a ‘silence inflation’. The multiplication of occasions on which silences are observed has led, for those he spoke to, to both the limitation of silence (its loss of impact) and to its association with ‘a world full of disasters and dangers’. The implication is that silence has lost its power to commemorate and/or is experienced as a negative force.

If this is the case, then the future of commemorative silence is called into question. How does silence function commemoratively, and can it serve as a means of reconstruction and reconciliation? Rt Rev James suggests that ‘perhaps our problem isn’t that there’s not too much shared silence in our lives but that we no longer know how to use and interpret it’. There is some truth in this. For whilst ritualised shared silence in the public sphere has become more frequent, silence more generally is not something we often experience, or tolerate when we do. Noise, sound and music abound as we move through daily life, whether as background or something we actively seek and moderate such that, for many, silence has become alien, and in the light of its opposite is seen as lack, absence, negative, and even as stasis, inaction and passivity. But this is to falsely characterise silence, for silence does not entail lack or inaction. Silence is not silencing, but speaks volumes, when deeply listened to.

So, yes, it may be correct to observe that we are not accustomed to using and interpreting silence, but one ought not to presume that there is one way, or even a handful of ways, in which silence can and should be used and interpreted. The multifaceted character of silence (and thereby its versatility) is its strength; it holds a space within which diverse individuals and experiences can co-exist and offers an exercise in attention. This attention draws us into contemplation of places and environments (as they are now and as they used to be), people (those who are directly present or present by virtue of their absence), and relationships (between individuals and groups of people, both positive and negative). Most powerfully, perhaps, silence opens up a space in which we can be attentive to and reflect on ourselves and our own impact in the world, both present and future.

Férdia Stone-Davis was a participant in the second workshop of the Aural Commemoration strand, ‘The Rest is Silence’. You can listen to the panellists’ presentations from the workshop on our podcast series. 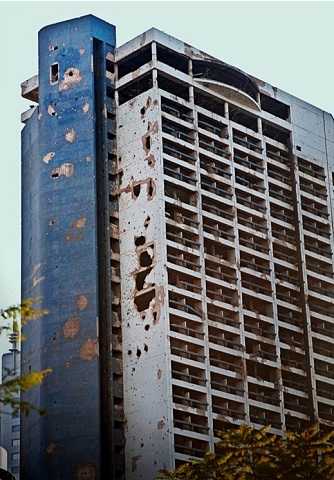