Dr Oliver Cox on how the clump and concretes of brutalist architecture were shaped by the so-called 'tea and crumpets' landscapes of Lancelot 'Capability' Brown. This article was originally published on The Conversation.

Lancelot “Capability” Brown is credited with transforming the English landscape during the 18th century. This year marks the 300th anniversary of his birth. With his trinity of design features – grass, trees and water – Brown created an enduring image of England, and Englishness.

His style was a reaction against the formal parterres and clipped topiary reminiscent of Versailles, and the classically-inspired allusions of the previous age. 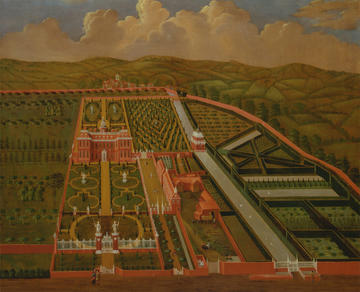 The landscapes he created were simple, uncluttered and restrained. During his lifetime, Brown worked on over 250 landscapes, including at Blenheim Palace, Burghley, Chatsworth, Compton Verney, Croome, Highclere Castle, Milton Abbey, Stowe, and Weston Park. He created an aesthetic product that was exported across Europe as “le jardin anglais” and “der englischer garten”. And as part of the original British Invasion, he influenced the design of Central Park in New York, long before the Beatles and Rolling Stones took America.

But I worry that Capability Brown has become a bit too much of a tea and crumpets vision of Englishness – the England of Merchant Ivory films, Jane Austen adaptations and wet-shirted Colin Firths. We’re in danger of overlooking what a massive change he brought upon the social and economic landscapes of 18th century England.

This enormous influence was not only felt in his own time. Between the 1930s and 1950s, the architects and planners who wrought a significant upheaval in British architecture and design looked back to “tea and crumpets” Capability Brown for inspiration. They scoured the 18th century to find answers to the suburbanisation of the English countryside.

By 1939, over 4m new suburban homes had been built. One commentator remarked how:

| The suburban building which has taken place since the war covers an area out of all proportion to the people housed, and is completely out of scale with the urban centres to which it is attached.

The landscape architect Christopher Tunnard lamented how modernist architects had been unable to find a way of working with the historic landscapes. As Alexandra Harris suggests in her recent book, Romantic Moderns, European architects such as Le Corbusier even struggled to tether their buildings to the ground – preferring concrete over local stone, and “levitating mezzanines” rather than patios. What Tunnard suggested instead, was the creative reuse of the aristocratic landscapes of the 18th century. 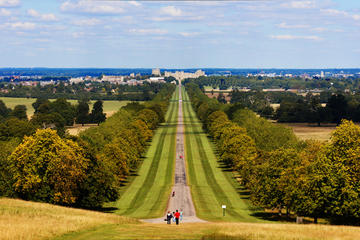 Tunnard argued that 18th century manor houses and landscapes – such as Capability Brown’s Claremont in Surrey – could be re-purposed to provide the answers to housing an increasingly urban population. Where once a country house might have stood, this group of architects and planners argued that its place must be taken by tower blocks, so that “more people might be housed … and virtually the whole estate might be left open for the benefit of the residents and the public”. Tunnard borrowed Brown’s techniques for a new purpose – but replaced aristocrats with ordinary homeowners. The architects Walter Gropius and Maxwell Fry suggested a similar scheme for Windsor Great Park.

Although the destruction of World War II rendered these imaginative schemes of the 1930s unnecessary, it also thrust Capability Brown into a new phase of influence. In his 1955 Reith Lectures, Nikolaus Pevsner stressed that in a post-war world of ongoing reconstruction, the English needed to look back, and within, and by doing so, they would take the aesthetic lead:

Pevsner was asking his audience, and the architectural and planning professions, to think like Capability Brown, and work with the capabilities of the site. What is particularly significant is Pevsner’s plea that “functionalism” – 1950s town planning speak for “each case on its own merit” – be the guiding principle behind the building of new towns, and the reconstruction of old. 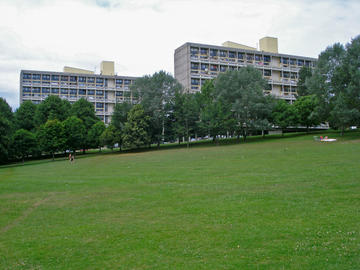 He speaks of the “visual blessings” provided by “variety and surprise”, and how these find their first expressions in the English landscape garden. The future then, for Pevsner, lay in the past. “There is plenty of precedent to make use of in our situation today,” he wrote, “not by copying but by applying the same principles, the same great English principles.”

Pevsner suggested that by building new towns such as Stevenage and Harlow, clumps and concrete could be combined to create a better place to live. Brown’s landscapes, with their extensive vistas, mature planting and rolling lawns, created not only a sense of place, but were also a valuable amenity – a point frequently returned to in parliamentary debates about national infrastructure – and a point worth remembering as the future for urban parks in the UK and USA looks increasingly bleak.

As we celebrate the life and work of Capability Brown this year, we should remember that during the middle of the 20th century he was a powerful inspiration for change. The Alton East Estate in Roehampton, designed by the late architect Oliver Cox, is a testament to the mid-century belief that clumps and concrete were by no means mutually exclusive. This housing estate was the most successful attempt to harness the beauty of the aristocratic landscape, which was re-imagined as a socially democratic setting for a new postwar society.