On Saturday, we held the second of two graduate workshops forming part of Professor Ankhi Mukherjee’s AHRC-funded research project The Psychic Life of the Poor. This time, our destination was the University of Warwick. As with the first workshop – held at King’s College London – our aim was to work through issues of humanitarianism, human rights and the world novel. As for our London workshop, the weather proved sunny and warm – but a spacious, light-filled classroom looking out on Warwick’s verdant campus kept us from feeling too confined.

We had a range of speakers, with contributors from Oxford, Warwick, York and Birmingham universities, and one speaker had flown all the way from Bangladesh. We appreciated the mix of speakers and perspectives which meant for an interesting, lively, and at times heated discussion. We also had two auditors, Bhagya Casaba Somashekar and Kelly Tse, both DPhil candidates here at Oxford. Bhagya and Kelly did an excellent job of listening and responding to the material with well-chosen and precise comments and illuminating questions. Unfortunately, two of our programmed speakers were unable to attend the day, but one of these presenters, Alexandra Effe, was able to provide us with her paper in advance and Professor Mukherjee read the presentation. Professor Mukherjee kicked off the day with some introductory remarks and thoughts about the discourse and history of human rights - how does and how can the novel help us to hear the ‘subaltern voices’ (Gayatri Spivak’s phrase) that are so often hidden, occluded, or denied political agency?

After these opening remarks, the running order for the day was as follows:

As with the previous workshop in London, we ran from about 10 in the morning until 5.30pm, with breaks for coffee and lunch. The first paper of the day, read by Natasha Kabir, took us into the lived experience of Bangladeshi migrant workers in India. It was a good way to start the day, focusing unflichingly on the contemporary marginalisation of the migrant worker, and reminding us of the actual lives hidden, obscured or pushed to the edges in the contemporary moment, whether in New Delhi, London or New York. Fiona Farnsworth’s excellent paper, which followed Natasha’s, examined the migrant experience through a different set of questions: those related to food and the cultural politics of eating in Chimamanda Ngozi Adichie’s novel Americanah. Here, differences between American hot dogs and Nigerian sausages, and the clash of different ethical ways of ‘reading’ food provoked a fascinating discussion.

The second pair of papers considered, respectively, the idea of testimony and fiction as humanitarian intervention, and conceptions of home and homelessness in the New Zealand writer Patricia Grace’s Cousins. Alexandra Effe’s paper (read by Ankhi Mukherjee) considered the question of testimony, both in Antjie Krog’s complex account in Country of My Skull of the discussions of the Truth and Reconciliation Commission in South Africa and in Dave Eggers’s novel What is the What, the ‘autobiography’ of the Sudanese refugee Valentino Achak Deng. In Lotta Schneidemesser’s paper that followed directly afterwards, we were invited to think about different notions of ‘home’ and how these are conveyed in a novel – Patricia Grace’s Cousins – centred on the Māori culture of New Zealand. Lotta critiqued a convention of reading postcolonial fiction as bildingsroman, and suggested that Grace’s novel might offer a ‘multiplicity’ of positions that complicate the conventional relation of the novel to the modern nation (pace Benedict Anderson and others).

After lunch we reconvened to listen to two papers which addressed, in different ways, the question of how we speak for victims of terror and violence. Aiman Khattak’s presentation considered the different ways that Pakistani and Pakistani diaspora fiction responded to the amorphous and seemingly interminable nature of the ‘war on terror’ propagated by the United States and its allies. In her paper, novels – including Ghulam Daur’s Cheegha: The Call and the more celebrated The Blind Man’s Garden by Nadeem Aslam – offer a space of resistance to the othering and oppressive narratives around terrorism and ‘Islamic extremism’ that have characterised Western attitudes to the region. The subject of Dominic Leonard’s paper was Bhanu Kapil’s Ban en Banlieu, a ‘failed’ novel that repeatedly returns to the image of the body of Ban, a girl lying down on the ground during a race riot. Kapil’s text addresses questions of race and violence, gender and mysogyny through an exploration of that which cannot be spoken (Dominic, quoting the Aeneid, referred to the idea of ‘shuddering to speak’). A named point of reference for Kapil is Jyoti Singh Pandey, who was gang raped and killed in New Delhi in 2012; Kapil’s status as performance artist and poet raised questions of genre – what is the appropriate form for addressing trauma? Dominic’s thought-provoking paper was especially impressive considering his status as a third-year undergraduate – it was a paper that held its own with the best of graduate work, and bodes well for his future as a graduate researcher.

In the final panel of the day, Karen Borg Cardona gave a reading of Michael Ondaatje’s novel Anil’s Ghost that centred on the use of ‘truth’ in the text. For Karen, Ondaatje’s book showed a clash of narratives – a traditional ‘detective’ story addressing, again, traumatic realities of war and violence (in this case, those connected to the Sri Lankan civil war). Karen also addressed the notion of ‘western’, exoticised treatments of the Asian other, and Ondaatje’s own wry acknowledgement of his place as a Sri Lankan expatriate. In Fernando Gomez Herrero’s paper, the last of the day, divergent political readings of Herman Mellville’s 1855 novella Benito Cereno – by the legal theorist Carl Schmitt and the Spanish Franco-era dissident Enrique Tierno Galván – expose the ways in which fiction can forge unlikely comparisons and alliances and can be used for deeply divergent purposes. Fernando’s intervention, framing his paper around what he described as the ‘crisis’ in the humanities and literary studies, was a challenging one that provoked much discussion and debate. It encouraged some heated disagreement, and passionate defences of both literature and the place of ‘postcolonial’ studies broadly understood.

We ended the day, appropriately enough, in a thoroughly multicultural and garishly decorated local restaurant in central Coventry, with parallel Thai and Indian food menus. You could even order a classically ‘English’ omelette and chips! Tired from a day of intellectual stimulation, most of us headed back on the train from Coventry, inspired by the extraordinary range of writings and ideas that we encountered during the day.

The Psychic Life of the Poor 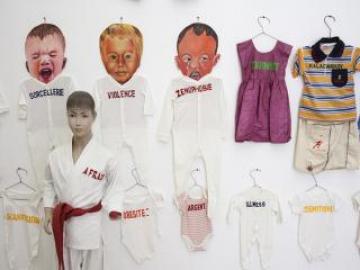