On Thursday, 22nd of October, TORCH and Ertegun House hosted the launch event for the long history of identity, ethnicity and nationhood research network, Constructing Identity at the Two Ends of Eurasia. Bringing together Mary Garrison (University of York), a specialist on the early medieval West, with Pamela Kyle Crossley (Dartmouth College), a specialist on the early modern East, the event was designed to comprehensively open debate over historical identities across time and place. This our stimulating speakers achieved, and much more besides.

Mary, who participated in last year’s international conference Identity, Ethnicity, and Nationhood before Modernity: Old Debates and New Perspectives, took on the question of ‘Carolingian exceptionalism.’ She demonstrated how the study of these late-eighth and ninth-century rulers has been subjugated to a bewildering number of purposes, whether the story of ‘pan-Europeanism,’ or the setting up of an oppositional ‘dynasty’ which in reality is but the constructed scholarly negative of the ‘Merovingians.’ Analysing references to the Franks’ divine election in the writings of Charlemagne’s leading scholar and advisor, Alcuin of York, Mary emphasised that in any given socio-cultural moment we must be subtle in how we imagine the interplay between particular actors, broader socio-political discourses, and the resultant historical identities.

Pamela, a noted specialist of the Qing Empire as well as a global historian, asked the question ‘who told us what we are?’ This is a conundrum continuously addressed in her own research, which began some years ago with the question ‘who told us who we are?’ She observed the remarkable fact that the same ‘ethnic groups’ privileged and reified by Qing administrative practices (‘Tibetans,’ ‘Uyghurs,’ ‘Manchu,’ ‘Mongols,’ and ‘Han’), are the self-same ‘groups’ to pursue nation states in the twentieth century. Thus, she noted, ethnicities within empires are best characterised not as constituencies out-there-in-the-world, but narratives to which actors and networks subscribe – or, perhaps, are subscribed. Ultimately Pamela convincingly argued that nationalism is not the great enemy of empire as per the old teleology, but rather its most successful offspring.

Overall the event was a great success, a more than fitting start to the process of critically reassessing and re-forming the long history of identity, ethnicity and nationhood. 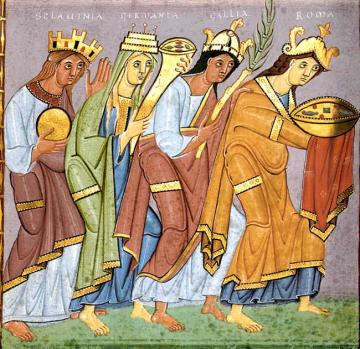