Next week we’re having two great events. On 20 February, Jennifer Croft will discuss her book Homesick, particularly her decision to write it in Spanish first, and then to start writing a version in English, and how the versions differ. This short talk will be followed by a discussion with Kasia Szymanska (Trinity) on translation, Olga Tokarczuk, and other topics. The event will end with Jennifer Croft reading extracts from Homesick, and a short Q&A with the audience. Lunch provided. On 22 February, Translational Spaces: Language, Literatures, Disciplines Conference, is taking place. The conference will culminate with André Naffis-Sahely reading from The Heart of a Stranger: An Anthology of Exile Literature (Pushkin Press, 2019). The conference programme and registration link is available here: https://www.occt.ox.ac.uk/translational-spaces-language-literatures-disciplines-conference.

In our Week 4 Discussion Group session, Julia Caterina Hartley (Warwick) and Xiaofan Amy Li (UCL) spoke about their respective books Reading Dante and Proust by Analogy and Comparative Encounters between Artaud, Michaux and the Zhuangzi: Rationality, Cosmology and Ethics. On 12 February, the Fiction and Other Minds seminar explored the question, What Can Literature Teach us about Personal and Collective Identification? Dan Zahavi (Copenhagen; Oxford) and Naomi Rokotnitz (Oxford) gave talks.

1.CALL FOR PAPERS: The Society for Pirandello Studies Annual Conference.

The annual one-day conference of the Society for Pirandello Studies aims to embrace a wide variety of methods and approaches to Pirandello’s œuvre, and to bring together theatre professionals, critics and scholars representing a range of disciplines. In the centenary of the second and definitive edition of Pirandello’s critical essay L’umorismo, this year’s conference will focus on Pirandello’s umorismo and its relation to more recent theories and practices of humour. Possible topics include but are not limited to:

Abstracts and biographies of c.200 words each (in English) for papers of 20 minutes’ duration should be sent to Dr Enza De Francisci at enza.defrancisci@glasgow.ac.uk.

The deadline for abstracts is Friday 24 July 2020.

For further information about The Society for Pirandello Studies, including membership and Pirandello Studies (the annual journal), please visit our website at http://www.ucd.ie/pirsoc/ and Facebook page: https://www.facebook.com/SocietyForPirandelloStudies.

2. ASSOCIATION FOR GERMAN STUDIES IN GREAT BRITAIN AND IRELAND

The next conference of the Association for German Studies in Great Britain and Ireland will take place at Swansea University, from 2-4 September 2020. The lead panel for the conference will be German Futures, Future German/ies, with a number of regular as well as one-off panels.
If you are interested in contributing a paper to any of these panels, please send your proposal directly to the email address of the convenors listed below. Proposals for papers should be 150-200 words and should reach the relevant convenors by 3 April 2020.

Throughout German cultural and literary history, writers have thought beyond the present. Three periods seem especially rich in future-focussed creativity. Poetic fulfilment by endless progression and universal expansion lay at the heart of Romantic theory, while philosophical speculation around 1800 envisioned a course of times to come governed by teleology: history with a purpose moving towards a second Golden Age. Our panel asks whether there are traces of those aesthetics or that utopian mind-set in our own post-ideological, post-idealist era.  The surge in contributions to the futuristic imaginary in the early twentieth century belonged to prophetic or critical modernism. Between the apocalyptic ethos of Menschheitsdämmerung (1919), Döblinʼs singular epos Berge Meere und Giganten (1924) and Fritz Langʼs avant-garde film Metropolis (1927) with its blend of Christian eschatology and Marxist futurology, the prospects of civilisation took a dark turn.

However, as elsewhere in Europe, there is a more playful version of life reshaped by technical revolutions in works of popular science fiction. Paul Scheerbartʼs Glasarchitektur (1914) also paints a bright picture of the time ahead. Our panel asks which features derive specifically from German contexts and traditions. Arno Schmidtʼs Gelehrtenrepublik (1957) depicts a satirical version of a post-nuclear Cold War scenario, as found in other contemporary western cultures, while engaging ironically with authors such as Klopstock and Jean Paul. Since the millennium, there has been a revival of dystopian novels and tongue-in-cheek sci-fi, characterised by social scepticism (Juli Zeh), post-humanism (Dietmar Dath), and fear of global catastrophes. The writer and intellectual Kathrin Röggla has recently reclaimed “Zukunft” as a cultural resource in the risk-ridden age of turbo-capitalism, correcting the gender bias in much futuristic thinking.

The panel welcomes papers on all periods and all aspects of designing, managing, and projecting futures. It encourages comparative approaches: across media and genres, epistemic and poetic forms of knowledge, corresponding with the current transdisciplinary research interest in “Futurologien”.

The linguistics standing panel at the AGS welcomes papers on any aspect of German and Germanic linguistics, including comparative studies and translation studies. Papers may deal with diachronic linguistics or trends in current usage, second language acquisition, language policy, sociolinguistics and (critical) discourse analysis. A range of contributions is welcomed, those with a more theoretical and conceptual angle as well as those based on empirical research. A range of methodological approaches within empirical linguistic analysis is equally embraced.

New developments and trends in Deutsch als Fremdsprache (DaF), and the position of DaF within German Studies

This panel aims to highlight recent developments and trends in teaching German as a foreign language in Higher Education, as well as its position within German Studies in the UK.

This panel invites papers on all aspects of medieval and early modern culture: its literature, material culture, history and thought. The panel warmly welcomes comparative perspectives and work connecting this period to others.

Papers are invited on all aspects of long eighteenth-culture culture, including literature, visual culture, history, and thought. Particularly welcome are papers that offer new and innovative approaches to eighteenth-century literature and culture (such as the use of digital humanities, the ‘transnational’ or global eighteenth century, expanding the corpus of ‘known’ writers and intellectual figures of the period).

Papers are invited on any aspect of the culture of German-speaking countries in the nineteenth century and earlier decades of the twentieth century (up to about 1930), including literature, theatre, visual and musical culture and thought.

‘Would you let me quote Thomas Mann...?’ wrote Saunders Lewis, Wales’s foremost dramatist, in a letter to the Observer in 1959 defending why he only wrote creatively in Welsh. Lewis’s short letter speaks to fervent international and nationalist visions in almost a single breath, and encapsulates the productive tensions found so widely in transnational exchange. This panel seeks that exchange between the cultures of Wales and Germany, which have continuously made contact, and cross-fertilised, since the Middle Ages. Travellers, migrants, readers and translators have seen in the one a refuge from the other, or a model for it. Building on the work of the session on ‘Reading and Writing Wales’ at the Bangor AGS (2018), this panel invites contributions on all aspects of Welsh-German cultural interaction, and seeks in particular to foster dialogue between researchers in German and in Welsh.

The East Beyond the Wall: Imagining East German Identities

The public discourse surrounding the 30th anniversaries of the fall of the Berlin Wall and unification shows that rather than gradually diminishing, the geographic and symbolic designation “East/Eastern” appears to acquire an increasing relevance in present-day German politics, culture and discussions of identity.

This panel seeks to assemble an interdisciplinary set of papers that engage with constructions, manifestations and self-conceptualisations of East German identities in the present. Rather than aiming for a definition of an identity, we seek papers that investigate how the notion of “East” has entered the personal, political, historical, economic, cultural and academic imagination, and what selfhoods, images, aesthetics, cultural and material objects this has produced.

(This panel is conceived as an extension of a DAAD-funded workshop at the University of Cambridge, which will take place in March 2020. See this link for more details: http://www.daad.cam.ac.uk/workshops/the-east-beyond-the-wall-constructions-manifestations-and-self-conceptualisations-of-east-german-identities)

This panel provides an opportunity to share practice and experiences in engaging with emotionally demanding material, topics or situations, whether in research or teaching. Strong emotional reactions can emerge when dealing with any material, but we have been slow to understand the consequences for the well-being of students of dealing with especially emotionally demanding texts, films or topics. As researchers, we are often left to deal with our personal reactions to our work in our ‘emotional spare time’. We would also be interested in hearing about any institutional projects to support students and/or staff, as they intersect with German Studies curricula or research, and any examples of pedagogy that have successfully (or indeed unsuccessfully) engaged with discomfort, anger, upset or anxiety.

The panel will have a roundtable format, so we welcome offers of short contributions setting out examples or questions for discussion with relevance to German Studies, whether about teaching and learning practice or our experiences as researchers. We particularly welcome contributors of colour, casualised contributors, contributors from working-class and international backgrounds, and queer contributors.

Ringing the changes? Literary and Cultural responses to the Anthropocene

The environmental challenge to our collective existence is both more urgent, and more intractable, than ever before. As ‘global heating’ looks likely to surpass 3C by the year 2100, the realities of life in the Anthropocene are asserting themselves with a speed and ferocity still inconceivable only a decade ago. While literary and cultural studies are undeniably central to a rethinking of our place in this mess, the scale and complexity of the transformations may, as such thinkers as Timothy Morton and Timothy Clark have warned, throw into doubt our existing approaches and resources.

This panel invites papers that both investigate and challenge German and comparative responses to changing climates and environments in the twentieth and twenty-first centuries. Contributions can be cultural or political; literary, filmic, or theoretical; and concerned with the very large, the very small, or anything in between. As ‘we’ are only one (if uniquely destructive) part of the picture, negotiations with animals and other non- and post-human beings are also warmly welcomed.

“The world is a machine, man an automaton”. Friedrich Georg Jünger’s assertion, from his anti-utopian work, The Perfection of Technology, cuts to the heart of almost all dystopian writing. Whether the world is expressly conceived as a mechanical construct, in which the engineer or scientist is accorded the prime social role, or whether rapid modern developments assume an irresistible life of their own, dystopias are invariably characterised by a radical reduction of freedom, meaning, and virtually every defining human trait, often in the name of “improving” the world.

We are calling for papers that consider dystopian literature or film from the German-speaking world, from the genre’s emergence, around the turn of the 20th century, to the present day. Papers could focus on, but are by no means limited to: technology, politics, society, history, or even the natural world.

Recent research has illuminated the varied ways in which contemporary German culture is becoming increasingly 'transnational'. This panel wants to start a discussion on the ways recent German culture reflects 'translocal' attachments, i.e. how German-language authors, playwrights, filmmakers and visual artists negotiate their simultaneous attachment to more than one location, often valuing local connections over a national sense of belonging. Contemporary authors and filmmakers, such as Kermani (Cologne/Isfahan), Grjasnowa (Baku/Berlin), E. Menasse (Vienna/Berlin), Stanišić (Višegrad/Heidelberg), Akin (Hamburg/Istanbul), Beckermann (Paris/Vienna) and Haneke (Paris/Germany/Austria), to name but a few, refuse to define their sense of belonging in monolithic, stable and nation-bound categories, and instead perceive themselves as connected to various and shifting spaces and places at once. This panel wants to reflect on these intersecting, multiple and fluid scales of belonging, which might include everything from global and even planetary affiliations to national, regional, urban and Kiez connections. By extension, this panel also encourages us to think about geographical belonging in German literature and culture in new, simultaneously globalised and localised, ways. 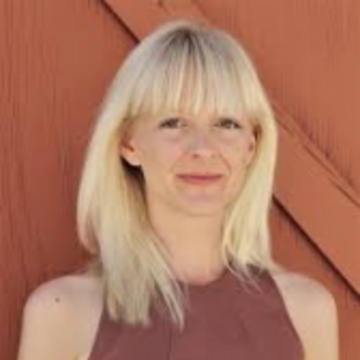