In Prismatic Jane Eyre’s latest blog, Dr Eleni Philippou discusses her experience of putting together a list of Jane Eyre’s many translations from across the world. See here: https://prismaticjaneeyre.org/2019/12/03/a-note-on-compiling-the-jane-eyre-translation-list/

Week 8’s Discussion Group was cancelled owing to the UCU strike. This cancelled event, “Conversation on Two Transcript Monographs”, with Dr Hartley and Dr Li will take place next term.

Destination – the word itself concerns both journey and journey’s end. For this issue of Oxford Research in English, we invite articles that delve into arrival and setting forth in literature, as well as the textual, intertextual and extratextual ways one can examine literary places and spaces. “Destination” derives from the Latin dēstināre—to resolve, to determine, to destine—before journeying into French and arriving in English.

Literary destinations are spatial as well as temporal, with memory and narrative being integral to how we make sense of where we are, and how we come to be. Destinations may be metaphysical or institutional, lieux de mémoire, or itinerant sites that emerge and vanish, in ways that illuminate literary production and interpretation. Texts travel through time: from mind to page, mind to mind, bookstand to bookshelf.

We are interested in submissions from any period or focus within literary studies and related fields that engage with the following topics:

Oxford Research in English (ORE) is currently seeking papers of 5-8,000 words for its eleventh issue, to be released in Autumn 2020. We accept submissions from graduate students of English and related fields in any university. Please submit papers for consideration to ore@ell.ox.ac.uk by the deadline of 1st March 2020.

We ask that submitted articles be formatted using MHRA. You can find our style guide here. Previous issues of the ORE can be accessed here.

2.The AHRC-funded Decadence and Translation network has set up a translation project based on the manuscripts of some of Mallarmé’s occasional quatrains, written as addresses for potential letters to his friends. Autograph copies of all 89 quatrains are now held at Glasgow University Library:

Seven quatrains were chosen for the case study: Whistler, Degas, Verlaine, Huysmans, Villiers, Morisot, Monet. As part of the project, undergraduate students from several British universities took part in a translation competition earlier this year.  The winner of the competition was James Baty (Oxford), for this translation:

When amaranthine Dawn shall rise

above the Bois, transport this tome

at forty, Rue Villejust, her home.

The runner-up was Katharine Lovatt (St Andrews), for this translation:

23 Rue Ballu, impatient for the start of June.

Binomens vulgaris,
But a rare Syringas.
How fitting the rhyme is,
With Monsieur Degas.

Some of the other entries can be found on the project website. Many thanks to all those who entered and to the colleagues who helped organise the competition.

Récréations postales: A Digital Exhibition will be launched at the network’s final event in Glasgow next Friday (13 December):

The International Novalis Society and the Friedrich-Schiller-University Jena announce this year's prize competitions: the Novalis Prize for innovative research on themes relating to European Romanticism (by PhD or post-doctoral projects equivalent to the “Habilitation”) and the Blütenstaub Prize for projects on Romanticism by students. The Novalis Prize of €2,500 is open to international competition; the Blütenstaub Prize of €500 is open to students in the Federal Republic of Germany, with the possibility of a Blütenstaub Prize on both the secondary and university levels. An international jury comprising members of all participating institutions will jointly select the winners.

The Novalis Prize recognizes innovative and stimulating research in the field of European Romanticism that enters new territory in the areas covered (the arts, the sciences, philosophy, religion, and society). Prizes are awarded for projects that make possible a new understanding of historical and systematic connections or of interactions between diverse media. Research is recognized that exemplifies interdisciplinary tendencies in the work of the writer after whom the prize is named or that discusses fundamental methodological and theoretical questions of scholarship on Romanticism as applied to selected subjects. Additional pathways to recognition are conceptually based translations of central texts of European Romanticism.

The intent of this prize is to recognize and make known to a broader scholarly public the outstanding contributions of younger/early-career academics dealing with the critical reception and better conceptualization of the phenomenon of European Romanticism.

The first award ceremony took place on May 3, 2014 at the Research Center for Early Romanticism in Oberwiederstedt Castle, the birthplace of Novalis, the lawyer, mining engineer, poet and philosopher Friedrich von Hardenberg (1772-1801). The Novalis Prize was conferred on Dr. Dorit Messlin (Erfurt) in recognition of her study Antike und Moderne: Friedrich Schlegels Poetik, Philosophie und Lebenskunst (Antiquity and Modernity: Friedrich Schlegel’s Poetics, Philosophy and Lifestyle) (Berlin & New York: de Gruyter, 2011). On May 8, 2016 at the University of Jena, the Novalis Prize was awarded for the first time to two individuals: to Alexandra Besson (Nancy), for her dissertation on Novalis et la théologie negative. Le gouffre et le rêve dans le romantisme européen (Novalis and Negative Theology:  The Abyss and the Dream in European Romanticism), as well as to Johannes Schlegel (Göttingen), for his doctoral thesis on Anthropologie und Medialität des Bösen bei Blake, Hogg & Byron (The Anthropology and Mediality of Evil in Blake, Hogg, and Byron). On May 2, 2019 at the Research Center for Early Romanticism in Oberwiederstedt Castle, Dr. Nina Amstutz (University of Oregon) received the Novalis Prize for her study Caspar David Friedrich: Nature and the Self (New Haven: Yale University Press, 2020).

In conjunction with the Novalis Prize, a Blütenstaub Prize is presented in support of creative engagement with European Romanticism on the part of a student (or group project) at both the secondary and university level. Projects will be honored that make connections with ideas and concepts of Romanticism in diverse media and bring to mind the contemporary relevance of Romantic thought. Members of the participating institutions are glad to provide preliminary advice to prospective applicants.

The first Blütenstaub Prize was awarded in 2014 to Ian M. Gray (Student, San Francisco) for his innovative translation of Friedrich von Hardenberg’s Hymnen an die Nacht (Hymns to Night). In 2016, the prize went to the group project of the 8th-grade class in the State Secondary School Menteroda (Thuringia) and their teacher Heike Cott (Project Leader) for a five-day "Romantic Time-Journey" and accompanying documentation. In 2018, two individuals received the prize: Luise von Beyme, an eighth-grade student at the Herder-Gymnasium in Nordhausen, Sachsen-Anhalt, for her poem "Träume" (Dreams); and Claudia Eckel, a student of Landscape Architecture at Geisenheim University, for her B.A. Thesis Grüß Gott, Karoline (God’s Greetings, Karoline!) on a proposed reconfiguration of the cemetery in Winkel am Rhein, Hessen, where the Romantic poet Karoline von Günderode is buried.

1. a short statement by the proposer certifying that the work submitted represents a significant contribution to current scholarship;

2. Hard copy (book or page proofs thereof) and a PDF of the work in question;

3. a short summary of the process and findings of the investigation (as an Abstract of 1-2 pages);

4. the assessors’ reports on the original work;

6. a statement of consent by the writer of the research work in question regarding its submission for consideration by the jury.

Persons eligible for making nominations for the Blütenstaub Prize are school directors and the supervisors of student work at the university level. By February 29, 2020 the following documents should be submitted to both addresses listed below:

1. a short statement by the proposer certifying that the project submitted represents a significant contribution to creative engagement with the Romantic tradition;

2. a presentation or documentation of the project that is being nominated;

3. a report (both in written form and as a PDF) on the genesis and realization of the project.

The decision on the awarding of the respective prizes is based on an internal examination procedure and the vote of the jury.

The fourth awarding of the prizes will take place on Sunday, May 3, 2020 at the University of Jena. In connection with the awarding of the Novalis Prize, the prizewinner and finalists will be invited to a scholarly colloquium.

Patrons of the Novalis Prize are Dr. Reiner Haseloff and Bodo Ramelow, Minister Presidents of the Federal States of Sachsen-Anhalt and Thuringia. 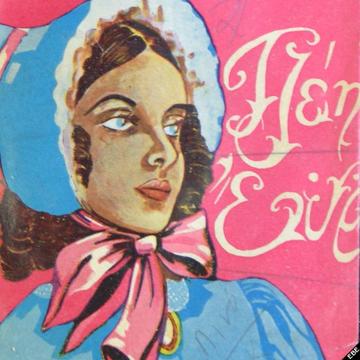