The second of three 2019 TORCH SciPo network events, combining scientific observation with poetry writing, followed the pattern established by ‘A Buzz in the Woods’. Continuing the theme of ‘Plants, Brain and Imagination’, ten participants met at the Botanic garden on a sunny December morning, together with poets Elsa Hammond, Lecturer in English at St Hilda’s, and Penny Boxall, Visiting Research Fellow in the Creative Arts at Merton. It fell to me as plant scientist to lead the group around the garden, picking out botanical wonders from among the wealth of plants and scientific knowledge curated there by the Director, Chris Thorogood and his team. I decided to focus our attention on plant -animal co-evolution: how plants and animals have had reciprocal effects through time, on each other’s forms and ways of responding to environment. As animals, we have shaped them; but they have also shaped us animals – not only in obvious ways to do with food and shelter, but also with molecules that affect our metabolism, emotions and behaviour. 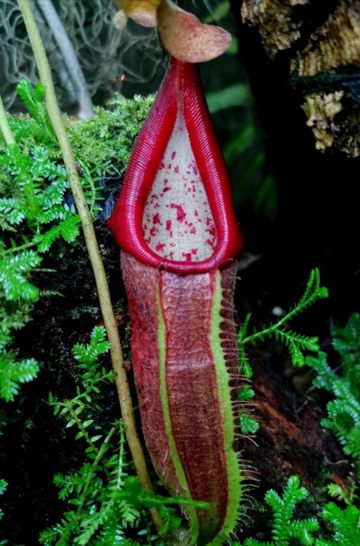 We started in the warm humid Cloud Forest House, marvelling at an extreme of plant/animal co-evolution, the pitcher plant - Nepenthe - that Chris Thorogood has written about and collected here in magical abundance. Endemic to Mount Kinabalu in the north of Borneo, with its very nutrient-poor soils, these carnivorous plants gather essential nitrogen from small animals and their excreta, which they catch in leafy traps like pendant jugs, with slippery inner walls and a pool of digestive enzymes waiting at the bottom for nutritious animal material to fall in. In his presentations, Chris even has a photograph of one species, with a pitcher looking like a lavatory, that captures a small rodent in the act of defaecating into it.  A variety of pitchers, some enormous and vividly coloured in red on green, were hanging at eye level. One was even audibly vibrating with a struggling insect inside.

Domesticated plants, of course, are the ones on which we humans have had the most spectacular effect, the variation under domestication that became such a central part of Darwin’s evidence in The Origin of Species. In the tropical Water Lily House we saw rice, bananas, coffee, ginger and papyrus plants, then walked round towards the medicinal plant collection by way of the rockery. Flowering plants here had died down for winter, but mosses – simple, like the earliest plants on earth - were looking beautiful on the rocks. Penny read her poem, ‘Small-Mouthed Beardless Moss’ from her current work in progress:

The University’s original Physic garden, founded in 1621, was a collection to teach medical students about medicinal plants, and formed the nucleus of today’s Botanic Garden. The medical theme is updated today in a series of beds, containing species central to conventional Western medicine in the 21st century, illustrating how plant chemistry continues to be a vital basis for modern drug discovery. Plants have evolved molecules that interact with animal enzymes to block or alter metabolism – these include poisons that deter animals from eating leaves and seeds. Such chemicals are poisonous because they interfere with animal physiology and metabolism, but many do so in highly specific ways, so that small doses can be a starting point for effective and precisely-targeted medicines.

Other plant molecules, as we know from tea, coffee, tobacco and various plant chemicals used legally or illegally as sources of anaesthetic and mind-altering drugs, have subtle effects on animal brains and behaviour. Some of these have endowed plants with a selective advantage in evolution through their attraction for pollinating insects. Some pollinating insects carry pollen long distances, enabling mating and seed production by rare flowering plants growing far apart. The nectar is held deep inside tubular flowers accessible only to the insect’s unusually long proboscis. Plant and insect may be mutually dependent, like hawk moths with tobacco plants, the insect getting exclusive access to a single plant species, and being preferentially attracted to it by the flower’s unique aroma. Darwin, observing a flower with an implausibly deep corolla tube, is supposed to have exclaimed, ‘Who sucks this?’. Some bee-attracting chemicals are extremely complex molecules with specific effects on bee behaviour. Like us, bees’ brains are sharpened by caffeine, with a demonstrated improvement in memory that helps them remember where their nectar sources are.

The poetry writing workshop led by Elsa and Penny took place in the afternoon at St Hilda’s, across Magdalen Bridge from the garden. We started with free writing exercises – two minutes each for writing continuously and uninterruptedly on dictated words: root, bloom – to free up imagination and language. Bits of plants – dry leaves, lichened twigs, nuts – passed around for handling and close inspection provided real things as a start for our writing. We were given colour charts and encouraged to think up new terms for colours. Together with encouraging coffee and biscuits, these helped engender the playful and constructive atmosphere essential for poems to emerge. While there was no formal ‘reading around’, participants were encouraged to share anything that they were pleased with, and many nice lines and phrases were volunteered. With our imaginations fired up, Elsa and Penny gave us some thought-provoking examples of contemporary plant-inspired poetry.  Even with a good idea of where you want to go with a poem, it can be difficult to know how to begin. What is the ‘way in’ that will lead the reader to connect with your poem? It is particularly hard when you are attempting to write a poem is response to a particular idea. It is too easy to end up ‘telling’ in prosy language. Elsa gave us two poems from Katharine Towers’s ‘The Remedies’:

I have mastered this old wall

to look into the future

which is only garden upon garden

In winter when I should be dead

I long for purple heat and bees.

can’t I settle for less?

A deceptively simple model – but I think almost everybody volunteered a ‘remedy poem’ of their own in response to it, even though none of the participants in the day admitted to being an experienced poet. We went on to consider Judy Brown’s ‘One of the Summer People’ and her lovely ‘Dove Cottage Ferns’, and finally Kelley Swain’s ‘What the Toad Said’, a complex poem referring to photosynthesis, embodying Coleridgean allusion and two personae: botanist and toad. What if a third actor were to be introduced?  Penny and Elsa concluded the day by sending us away to try and write a three-person plant poem. What a stimulating challenge – and one that I felt we had been well-equipped to attempt.

Sarah Watkinson is Emeritus Fellow and former Tutor and Director of Studies in Biological Sciences at St Hilda’s College, and Emeritus Research Fellow in Fungal Biology at the Department of Plant Sciences, University of Oxford. 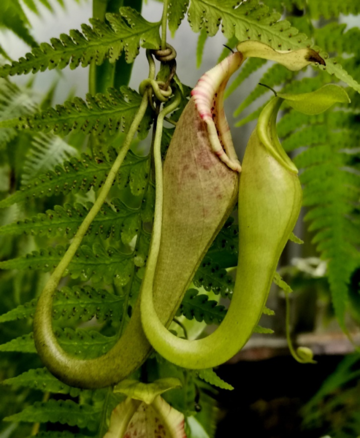