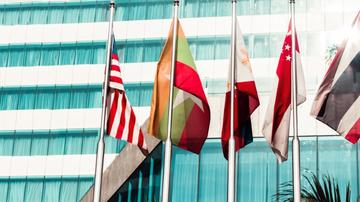 The University of Oxford has circulated a press release on the arrival of Ms Nur Laiq in Oxford as a TORCH Global South Visiting Fellow.

Nur Laiq is a public policy practitioner, whose research aims at bridging the gap between academia and policy. She has worked on policy with political parties in India and Britain, as well as in the Policy Planning Unit of the UN Department of Political Affairs Policy in New York, with a particular focus on sustaining peace – the idea that nations need to continuously invest in the fundamentals of inclusion and equality to keep war at bay. She also served on the UN Advisory Group on Youth, Peace and Security, appointed by the UN Secretary-General.

TORCH is excited to welcome Ms Laiq in Oxford and to work with her on the organisation of many public events that will involve her during her stay. Ms Laiq is expected to arrive in Oxford on the 28th of April 2019.

To read the complete press release by the University, click here.