Texts and contexts: the cultural legacies of Ada Lovelace 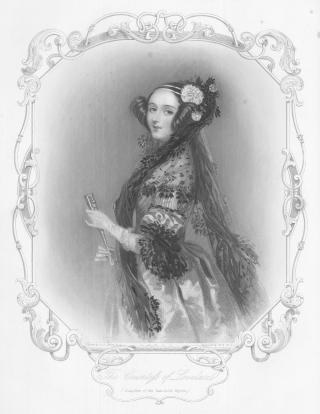 Registration is open for ‘Texts and contexts: the cultural legacies of Ada Lovelace’, an interdisciplinary workshop for graduates and early-career researchers. The workshop, taking place on Tuesday 8 December, will include papers on a wide variety of Lovelace-related topics, from Lovelace and Literature, to Lovelace and Lego.

The day will include a keynote address delivered by Professor Sharon Ruston. Professor Ruston is Chair in Romanticism at Lancaster University (since 2013). Before this, she was Chair in Nineteenth-Century Literature and Culture at Salford University (since 2009). She has published Creating Romanticism: Case Studies in the Literature, Science and Medicine of the 1790s (2013); Romanticism: An Introduction (2010); Shelley and Vitality(2005) and is currently editing The Collected Letters of Sir Humphry Davy for OUP (see http://www.davy-letters.org.uk/).

In her talk Professor Ruston will discuss ways that we might consider the relationships that exist between literature, science, and medicine using specific examples from the early nineteenth century. She will discuss chemistry, the transition from provincial to metropolitan science using Humphry Davy’s career as an example, the science that led us to Mary Shelley’s novel Frankenstein, the ‘Vitality Debate’, and geology.

Professor Ruston will also take part in the expert panel alongside Sydney Padua, graphic novelist and author of The Thrilling Adventures of Lovelace and Babbage, and Professor Richard Holmes, biographer and author of works including The Age of Wonder.

To register for the workshop, at a cost of £10, please click here. Registration closes on midnight on Sunday 29 November.