Texts and contexts: the cultural legacies of Ada Lovelace

Texts and contexts: the cultural legacies of Ada Lovelace
A workshop for graduate students and early career researchers

“That brain of mine is more than merely mortal; as time will show.”

The mathematician Ada Lovelace (1815-1852), daughter of poet Lord Byron, is celebrated as a pioneer of computer science. The notes she added to her translation of Luigi Menabrea’s paper on Charles Babbage’s analytical engine (1843) are considered to contain a prototype computer program. During her short life, Lovelace not only contributed original ideas to the plans for this early computer; she also imagined wider possibilities for the engine, such as its application to music, and meditated on its limitations. Lovelace leaves a legacy not just as a computer scientist, but also as a muse for literary writers, a model to help us understand the role of women in science in the nineteenth century, and an inspiration for neo-Victorian and steampunk traditions.

As part of the University of Oxford’s celebrations to mark the 200th anniversary of Lovelace’s birth, this one-day workshop will bring together graduates and early career researchers to discuss the varied cultural legacies of this extraordinary mathematician. The day will feature an expert panel including graphic novelist Sydney Padua and biographer Richard Holmes, as well as a keynote address from Professor Sharon Ruston, Chair in Romanticism in the Department of English and Creative Writing at Lancaster University.

The day will conclude with a reception and buffet when there will be opportunities to meet with speakers from the Ada Lovelace 200 Symposium, which will also take place in the Mathematics Institute on the following two days (9-10 December). Researchers from all disciplines are invited to submit proposals for papers on the influences of Lovelace’s work, on topics including, but not limited to, literature, history, mathematics, music, visual art, and computer science. This might include:

Proposals, not exceeding 250 words, for 15-minute papers should be submitted to adalovelaceworkshop@ell.ox.ac.uk by Midnight, Friday 18 September 2015. Those who are accepted to speak at this graduate workshop will also be offered free registration for the Ada Lovelace 200 Symposium taking place on the following two days. 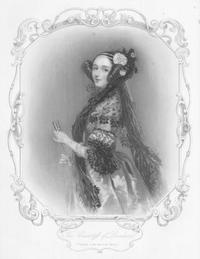