Update on the Oxford-Berlin Research Partnership 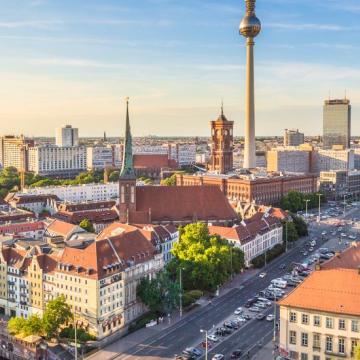 An excerpt of the March newsletter for the Oxford-Berlin Research Partnership, written by Professor Alastair Buchan, Director, Oxford in Berlin

During the course of 2018 and early 2019, the partners have been funding a number of workshops across the disciplines covered by Oxford’s academic divisions, to help bring researchers together to explore new ideas and more substantive research proposals. By the end of Trinity Term 2019 over 30 workshops will have been held, some here in Oxford, but the majority in Berlin.

A second seed funding call, of 300k€, will be opened on 1 May 2019, with a window for applications until 30 June. The intention behind the seed funding is that award-holders should be able to apply subsequently for more substantial funding from third parties, such as the German Research Council, the DFG, from UKRI, and from the ERC/EU, as well as other foundations.

Over the next two to three years, the main aims of the Oxford presence in Berlin will be to further develop our research partnership with the Berlin University Alliance, both with the main partners and with other major non-university institutions in and around Berlin, to help our partners establish a Berliner Haus in Oxford, and to establish an Oxford research centre in Berlin. In this way we aim to promote and maintain the freedom of movement for all our academics, researchers and students that has been threatened by the 2016 referendum vote.

We will also aim to establish high quality research initiatives across all disciplines, funded by collaborative applications to the EU framework programmes as well as from other funders and
charitable agencies. Last week marked 1000 days since the UK referendum on membership of the EU, and yet our future relationship with the European Union remains unclear. Oxford has always been a European university; our Berlin project and our Berlin friends will seek to ensure that it remains so.