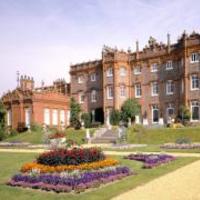 Back in 1957 when James de Rothschild bequeathed Waddesdon Manor to the National Trust, most of those involved in the acquisition regarded this neo-French Buckinghamshire chateau as “hideous”. Nor were its contents much more welcome.

“I hate French furniture,” Lord Esher, for the NT, informed James’ widow Dorothy. But the quality of this French furniture was quite exceptional. The Trust eventually agreed to take it all — with an unprecedentedly large endowment.

In 1976, Lord Rosebery offered the nearby Rothschild mansion of Mentmore Towers to the nation at the knock-down price of £2 million. Mentmore was then the most perfectly preserved of all early Victorian houses: its decoration, fittings and furniture were all intact. Mentmore had been designed by the iconic Victorian architect, Joseph Paxton, best known for building the Crystal Palace.

But even Mentmore did not seem sufficiently English. As Viscount Norwich noted in the House of Lords with regret, “it is not in any way characteristic; it is not typical. It represents … the international bankers’ Jewish taste of the Rothschilds… But surely, my Lords, it is no worse for that… what we are really discussing is the fact that here we have superb works of art which infinitely transcend the narrow bounds of Englishness, or of any other country. Great art belongs to the world”.

The nation, alas, was unconvinced. And the spectacular treasures of Mentmore were sold by Sotheby’s for over £6 million in the “sale of the century” — an episode now lamented as a national tragedy.

Times change, and in 2018 Waddesdon (replete with its truly wonderful “French furniture”) is one of the National Trust’s most popular properties. It is far from being the only place with Jewish connections in the Trust’s prestigious list, and, with the school holidays upon us, it’s a good time to be reminded of their history.

Additionally, in September, for the first time, the Trust will be celebrating its Jewish heritage during the European Days of Jewish Culture and Heritage — as will a number of independently owned ‘Jewish’ country houses, like Strawberry Hill, Townhill Park House and the Salomons Estate.

These Jewish-themed activities, emerging from a collaboration between historians at Oxford University and the Trust, will run in addition to the national public programme on women and power which marks the women’s suffrage centenary. They are less likely to attract controversy than last year’s decision to mark the 50th anniversary of the decriminalisation of homosexuality with a celebration of the LGBTQ heritage of National Trust places. But the fate of Mentmore suggests that they are equally revolutionary.

Storytelling is the motif of this year’s European Days of Jewish Culture and Heritage, which has been coordinated by the UK by B’nai B’rith for the past 18 years. The 2018 activities will run from September 2 to October 14, including many open days, talks and guided walks.

The theme is perfectly calculated to bring out the diversity of the National Trust’s Jewish places: Hughenden Manor, home to Benjamin Disraeli, the iconic Victorian Prime-Minister and symbol of ‘two-nation’ conservatism; Waddesdon, built by Frankfurt-born and Viennese-bred Ferdinand de Rothschild, a bosom friend of Edward, Prince of Wales; Nymans, a romantic, now partly-ruined mock medieval manor house in Sussex, which was built for Leonard Messel after his English wife Maud refused to move into the rather more Germanic house designed by his uncle Alfred Messel, a leading German Jewish architect; Upton House, beloved country home of the oil magnate Lord Bearsted, an avid collector who built a special gallery in which to display the rarest and most important pieces in his great collection of Old Masters; and Monk’s House, the humble 17th century cottage that provided Virgina Woolf and her Jewish husband Leonard with an escape in which to write. 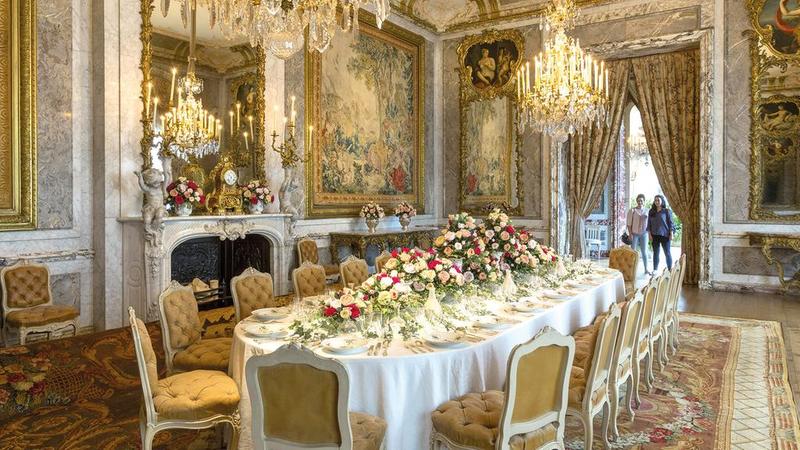 Apart from Waddesdon, these National Trust places all speak to particular myths of Englishness: the Victorian era, the English garden, hunting and the Bloomsbury Group. Perhaps for this reason, the Jewish stories attached to them have tended to be rather elusive. Yet they are there if we chose to find them. Benjamin Disraeli and Leonard Messel’s father Ludwig were both converts to Christianity, but this did not render Jewishness irrelevant to their lives.

Disraeli, as is well known, returned to the glories of the Jewish past repeatedly in his novels. An exhibition running at Hughenden Manor until mid-November explores the role this “otherness” played in his public persona, battle for social acceptance and rise to political power. It reminds us that Queen Victoria’s favourite politician was the quintessential outsider made good.

Ludwig Messel, meanwhile, was a keen supporter of the Anglo-Jewish Association despite his conversion to Unitarianism. His sister Lina was married to the German-American banker Isaac Seligman, President of the AJA and a leading figure in the world of Anglo-Jewish philanthropy. The Messel family tree reminds us that individuals who rejected Judaism and sought to escape the stigma of their Jewish birth often had close relatives who took different paths. Many of Lina’s descendants became pillars of the Anglo-Jewish community in the interwar years.

Meanwhile, Ludwig’s descendants lived to witness the rise of Nazism and to welcome some of their German family to Britain as refugees. Their intertwined story is told through a family bracelet on display at Nymans from September 8 to 16.

Alert visitors may also be intrigued to spot the Star of David positioned discreetly along other motifs on one of the external walls of this otherwise classically English garden. 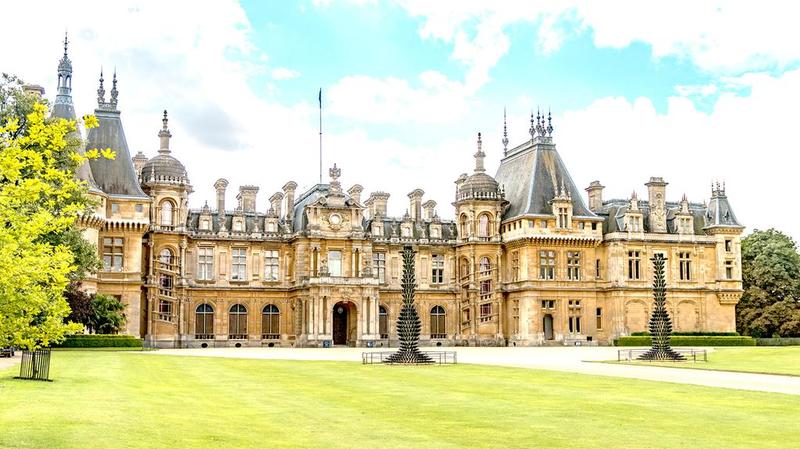 Those already familiar with Strawberry Hill House may be surprised to discover that this world-famous symbol of English Gothic architecture has even stronger Jewish associations. Understandably enough, Strawberry Hill is primarily associated with Sir Horace Walpole, the man who built it. Yet in the 19th century it had not one but two ‘Jewish’ owners: Frances Countess of Waldegrave, whose father John Braham was an internationally famous opera singer whose career began when he was talent-spotted as a street-urchin and invited to train as a chazan; and the fabulously wealthy de Stern family, a typical fin-de-siècle dynasty of international Jewish bankers.

The Sterns were certainly more conventionally Jewish than Frances Braham, the Christian daughter of a man who eventually abandoned the faith that had given him a start in life. Yet contemporaries referred to this famous beauty and glamorous society hostess as “the Jewish Lady Waldegrave”.

Like her great friend Benjamin Disraeli, she chose to play up to her Jewish background, commissioning a painting of Masada by Edward Lear to match another one of Jerusalem. Both hung at Strawberry Hill, where visitors on September 16 will be able to learn a little more about Frances Braham and Lady de Stern.

Many Jewish country house owners had far less tenuous connections with the Jewish world. Lord Bearsted played a leading role in the Kindertransport and was a linchpin of communal philanthropy and solidarity during the interwar years, when Jews in Britain watched with horror the fate of their co-religionists on the continent, and did what they could to support them. Upton’s involvement in the European Days of Jewish Culture and Heritage will provide visitors with an opportunity to learn more about the Bearsteds’ Jewish life through the stories of objects from the collection and archives on September 2 and October 7.

Like the Bearsteds, Ferdinand de Rothschild was a leading figure in the Anglo-Jewish community, and like them he kept this side of his life to London. But James and Dorothy de Rothschild, were committed Zionists and Waddesdon includes a room that commemorates the family’s role in obtaining the Balfour Declaration and support for the State of Israel over the years. For Waddesdon, the European Days of Jewish Culture provide an opportunity to explore this aspect of the family’s history, in greater depth: through special tours of the house, and through performances by Jewish storyteller Adele Moss, who will tell the legendary story of the family’s rise to riches in ways that connect with Jewish culture and folklore.

Townhill belonged to the son and grandson of the strictly observant Samuel Montagu: communal grandee, liberal MP, and founder of the Orthodox Federation of Synagogues. Combining religious observance with gentility posed particular challenges for Jewish gentry. During the interwar years, the second Lord Swaythling used to provide guests at his shoots with kosher pheasant for dinner — and send their rather less kosher hunting spoils back with them when they left. The house is now a school, but its Gertrude Jekyll garden has been recently restored and the property is a regular in the annual UK Heritage Open Days, with tours this year on September 16. 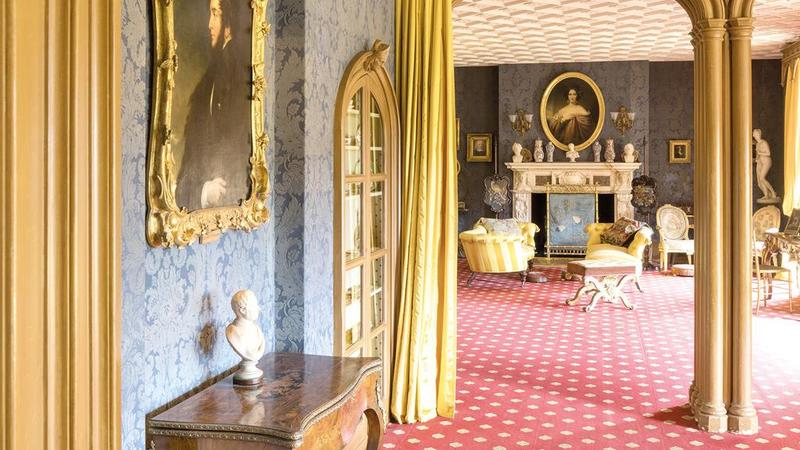 The Salomons Estate outside Tunbridge Wells speaks even more powerfully to the lost world of the Anglo-Jewish aristocracy. Sir David Salomons MP was the first Jewish Lord Mayor of London. His nephew Sir David Lionel Goldsmid-Stern-Salomons was a scientist and inventor. An enthusiast for modern technology, he and his wife Laura were pioneers of the motoring age. Their purpose-built ‘motor stables’ were perhaps the first of their kind —although most visitors will be more excited by Sir Lionel’s extraordinary Science Theatre, replete with state-of-the-art Edwardian technology. The Salomons’ only son Reginald died at Gallipoli, and their daughter Vera established the Museum for Islamic Art in Jerusalem. She died childless, leaving her family home to Kent County Council for the benefit of the local community. But Vera stipulated that a two-room museum celebrating her family and its achievements should be kept open to the public, and there will be tours of the property in early September. Jewish visitors will be fascinated by the late 18th century religious vestments, and by the bench from which David Salomons had to be forcibly ejected when trying to take his seat as an MP at a time when Jews were still unable to swear the parliamentary oath.

One cabinet displaying personal memorabilia includes a piece of the kotel given to the first Sir David by the Victorian artist David Roberts; and a portrait of his uncle-by-marriage, the great Victorian Jewish leader Sir Moses Montefiore.

Montefiore, of course, had his own Jewish country house in Ramsgate —now, sadly destroyed, although the greenhouses, mausoleum and synagogue (open to visitors on October 7) remain. He was, for decades, the poster-boy for a certain kind of Englishness. For in the words of The Times, Montefiore had “solved once for all the problem of the competence of the most faithful Jews to be not the less a complete Englishman”.

Indeed, he had “been the victorious defender of persecuted Jews because he was the perfect English gentleman”.

Visiting the country homes of Montefiore’s contemporaries and their descendants reminds us that there were many different ways of being both Jewish and English. It expands our understanding of Jewish heritage because it shifts the focus from synagogues, cemeteries, immigrant quarters and places of communal belonging to sites of assimilation, social mobility and integration.

At the same time, it reminds us of the diverse stories and hybrid identities that may be hidden behind a gothic house, a hunting box, and an English garden.

For the National Trust, participating in the European Days of Jewish Culture and Heritage is a first step towards engaging more profoundly with the Jewish heritage of its places. For readers of the JC, this new awareness of Jewish stories in sites so closely associated with Englishness is a happy indication of the more inclusive approach to national heritage we take in the 21st century.

For further information about the European Days of Jewish Culture and Heritage activities and National Trust properties visit: