A chance meeting during a TORCH Women in the Humanities lunch in October 2015 sparked this project collaboration between Olivia Robinson and Alison Moulds. In January 2016 the AHRC-TORCH Graduate Fund awarded them funding to run a podcast series entitled Women in Oxford’s History. Here, they explain more about the project and its aims.

The history of Oxford is often told through the experiences of eminent men drawn from the aristocracy, the Church and academia, while the stories of ordinary women’s contributions to the city and the University remain neglected. Oxford’s blue plaque scheme, which commemorates the lives of people connected to the city, features just 8 women among a total of 38 plaques. Our podcast project aims to redress this balance by highlighting the role women have played in Oxford’s history. We hope to inspire others to investigate women’s impact on their own communities and cities.

The project involves producing a series of up to six podcasts on women whose contributions to either ‘town or gown’ life have been overlooked. It will showcase individuals whose lives are not widely known and whose names may be unfamiliar to many. These are not the Margaret Thatchers and Ada Lovelaces of the world, but are nonetheless women who have made important contributions to the city and university over the centuries, and who we feel deserve wider recognition.

Our contributors are postgraduate students at Oxford University in the fields of Anthropology, Creative Writing, Economic, Social and Local History. They are currently busy producing narrative accounts of individual women whom they’ve chosen for their connection to, and impact on, Oxford. In several cases, the advanced search facility at the Online Dictionary of National Biography was used to identify suitable women to research in more depth, and the subjects include women with interests in social work, race relations, women’s education and museum collections.

Once these narratives have been written, they will be adapted into more informal scripts suitable for audio recordings. The podcasts will be designed to appeal to a broad audience, people of all ages and backgrounds. We hope that they will attract interest beyond the University, from local schools and community groups and from international visitors. They might be listened to by a Year 11 student on her way to school, a young professional who listens to podcasts while running, or a retired American tourist planning to explore the city. Each podcast will last around 10 minutes and be available to download via the University’s podcast series on iTunes. A simple website will accompany the series, enabling us to share extra research resources. Look out for updates on Twitter @WomenOfOxford and we look forward to launching the finished podcast series in June 2016.

Olivia Robinson is a DPhil History candidate in the History Faculty (@TheAncestorian). 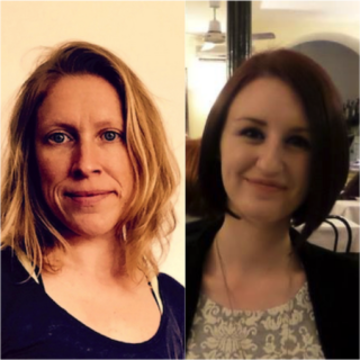