The Oxonian Review of Books was founded as a termly print magazine at Balliol College, Oxford, in 2001. In January 2009, we relaunched as The Oxonian Review, an online biweekly magazine, which is published on Mondays during Oxford term-time. We feature essays and reviews of recently published work in literature, politics, history, science, and the arts, and creative submissions such as photo essays, poetry, short stories and artwork. The Oxonian Review consists of two parts: the biweekly main issue, and shorter pieces published throughout the week, called ORbits. The Editor in Chief and the ORbits editor are appointed for a term, and leave a distinct mark on their term’s publications. The fourth and final publication of each term is a special issue, the theme of which is determined by the Editor in Chief: usually, they align it with their own research interests. Recent themes have been Poetics and Moving Pictures, and in Trinity 2016, the theme will be Translation. The Oxonian also holds an annual poetry competition; we publish the winning poem and the runners-up in a special issue. The winner is selected by an established poet: last year, this was Jamie McKendrick.

The wide readership – around four hundred readers a day – means that the Oxonian is an excellent place for new authors to be noticed, both as academics and as creative writers. Many contributors use the Oxonian to write for a wide audience on topics related to their own research interests, especially historians and literature and film researchers. Among those who have written for us, many have since been published in national publications, such as Tom Chatfield, a noted writer and commentator on digital culture; Adam Harper, author of Infinite Music; and Alex Niven, author of Folk Opposition. The Oxonian also frequently features interviews with artists, academics, and other public figures. Notable interviewees include poet and author Alan Hollinghurst, Paralympic athlete Nikki Emerson, and literary critic Terry Eagleton.

The magazine is published by graduate members of the University of Oxford, although it is open to contributions from other University members and non-Oxford affiliates, as well as from talented undergraduates. The Oxonian Review takes pride in providing thorough editorial guidance for first-time writers, teaching its contributors how to write for a non-specialist audience. All submitted articles are subject to a rigorous editing process: every accepted piece is likely to undergo multiple rounds of editing. In the editing process, we look for clarity and accessibility as well as depth and rigour. We assume an intelligent, interested audience, capable of understanding a sustained discussion, but not necessarily familiar with the terms used in a specific field. For reviews, we look for pieces that include a balanced, contextual discussion of the work and a well-articulated response. Our reviews are frequently featured on publishers’ and authors’ websites.

Editors can apply via an open call, and are supervised by the ORbits editor and Editor in Chief. With a large number of submissions to go through every term, editors soon gain the skills necessary for careers in editorial positions. The Editor in Chief and the ORbits editor also learn how to manage an entire online publication by themselves, including managing issue deadlines and preparing an issue for publication in WordPress. The editorial staff, including the Editor in Chief, is not paid. The website costs were paid out of pocket by staff members, until in 2015 the then Editor in Chief, Kristin Grogan, and the ORbits Editor, Kanta Dihal, applied for a grant from the AHRC-TORCH Graduate Fund. This grant covers the website hosting costs, as well as publicity material to attract new writers and editors, for the next two years. 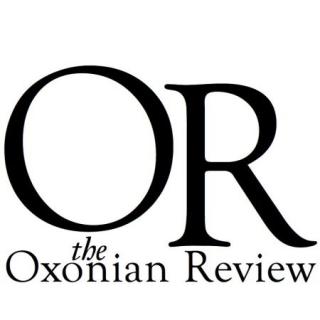