This roundtable event brings an exciting range of established and early-career theatre-makers and researchers into conversation to discuss the following questions:

We are delighted to welcome the following speakers in conversation:

Deirdre Osborne, Reader in English Literature and Drama, co-founder of the Black British Literature MA (Goldsmiths). Editor of The Cambridge Companion to British Black and Asian Literature (2016), author of Lorraine Hansberry: A Raisin in the Sun (2011), co-author of This is the Canon: Decolonize Your Bookshelf in Fifty Books (2021).

Nadine Deller, PhD scholar at Royal Central and the National Theatre, and the creator and co-host of That Black Theatre Podcast.

Adjoa Andoh is an actor, writer, director and producer, and the Cameron Mackintosh Visiting Professor of Contemporary Theatre, St Catherine’s College. Adjoa is a Senior Associate Artist at the Bush Theatre, Associate Artist at RSC and a visiting director and teacher at RADA and Rose Bruford, where she is also an honorary fellow. Last Autumn, she was awarded an Honorary Fellowship by The British Shakespeare Association. In 2019 Adjoa conceived, co-directed, and played Richard II at Shakespeare’s Globe; it was the first ever company of women of colour in a Shakespeare play on a major UK stage. Further theatre highlights include playing Ulysses in Greg Doran’s Troilus and Cressida at the RSC, Miss Haversham in Neil Bartlett’s Great Expectations at Bristol Old Vic, Casca in Julius Caesar, Condoleezza Rice in Stuff Happens and Serafina Pekkala in His Dark Materials directed by Nicholas Hytner at The National Theatre. Adjoa can currently be seen playing Lady Danbury in Shondaland / Netflix’s Bridgerton, as well as Nenneke in series two of Netflix’s The Witcher, also for Netflix. She will soon start filming on Shondaland / Netflix’s new limited series Queen Charlotte, a spin-off of Bridgerton.

Lynette Goddard (they/them) is Professor of Black Theatre and Performance at Royal Holloway, University of London. Their teaching and research focuses on contemporary Black British playwriting through the intersectional politics of race, gender, and sexuality. Their book publications include Staging Black Feminisms: Identity, Politics, Performance (2007), Contemporary Black British Playwrights: Margins to Mainstream (2015) and Errol John’s Moon on a Rainbow Shawl (2017). They are currently working on two research projects: one about Black British theatre directors’ processes and productions, and a project about how race is portrayed in contemporary plays through such themes as race, immigration and asylum, race, Black communities and the police, race and religion, race and the legacies of slavery, and race and the rise of right-wing politicians. They are also co-editing The Cambridge History of Black British Theatre and Performance, the two volume Routledge Companion to Twentieth Century British Theatre and Black British Queer Plays and Performance Practitioners: An Anthology of Afriquia Theatre.

David Gilbert looks after the development of Talawa’s New Work division, finding and nurturing new and emerging artists and writers, providing dramaturgy support, and enabling theatre-makers to develop new work. Recent work with Talawa includes supporting and organising online directing workshops during the pandemic, film directing as part of Talawa’s acclaimed 2020 Tales from the Front Line series, and producing Talawa Firsts, a 2021 festival of New Work which springboards some of the most exciting Black writers and creative talents of tomorrow. Alongside working at Talawa, David is a freelance director and theatre maker, and work with theatre including Kiln, National Theatre, Trafalgar and the Young Vic.

Deirdre Osborne grew up on the unceded lands of the Wurundjeri Woi-wurrung people, the traditional custodians, and she pays respect to all Aboriginal and Torres Strait Elders, past, present and emerging. A Reader at Goldsmiths, University of London, and Visiting Professor at the Research Centre for Transnational Art, Identity, Nation (University of the Arts), she is dedicated to decolonising the literary canon and decolonial pedagogy. In 2014 she co-founded the award-winning MA Black British Literature, the only degree globally in this field. Her critical writing spans late-Victorian literature to contemporary culture through three conceptual models: ‘Landmark Poetics’ (commissioning Grace Nichols’ poem ‘Breath’ in 2020), ‘Mothertext’ and ‘Didactic Poetics’. Associate Editor, Women's Writing (Taylor and Francis) and Fellow of the Royal Society of Arts, her current project with David Dibosa, Exhibiting Embarrassment: Museums, Public Culture and Consequentialist Aesthetics explores how the legacies of imperial-colonial acquisition ecologies have become barometers of change in (re)thinking about Britain’s cultural institutions. 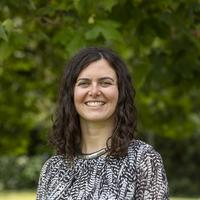 Nadine Deller is a PhD researcher and lecturer undertaking a Collaborative Doctoral Award between the Royal Central School of Speech & Drama and the National Theatre. The aim of her research is to shed light on the different positions of Black women playwrights in the Black Plays Archive and to critique the ways that the Black Plays Archive preserves Black women’s theatre, which she has written about in Contemporary Theatre Review. Nadine has also worked with GuildHE and the Young Foundation on amplifying the experiences of global majority postgraduate researchers in Higher Education. In September 2020, Nadine released a podcast on Black theatre history, That Black Theatre Podcast, in collaboration with the National Theatre, Central, and LAHP. Nadine also writes for the international film magazine, Sight & Sound.

We request that all attendees take a lateral Flow Test (LFD) within 24 hours prior to the start of this event. Please only join us if you have received a negative result. Guests are encouraged to wear a face coverings to this event and to follow the venue guidelines on arrival.

Please do not attend this event if you are experience a fever or any flu like symptoms or have tested positive for COVID19.