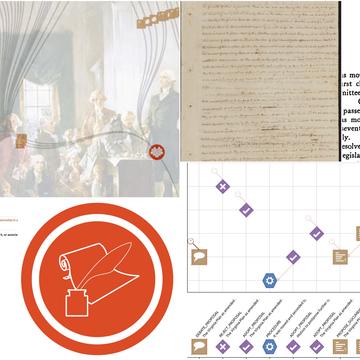 You are warmly invited to attend two meetings to discuss Oxford’s infrastructure for Digital Humanities scholars.

Further information
This series of two workshops aims to connect digital projects with a view to framing a joint funding proposal for the infrastructure necessary to support digital scholarship in Oxford. It follows on from a Negotiated Texts Network event in Hilary Term which brought together partners from the US and Europe and raised interesting questions around the nature and purpose of digital editions in the twenty-first century.  One of the outcomes of that meeting was a much more detailed understanding of the challenges faced by digital projects in the current funding landscape—donor/funding-body fatigue with traditional projects, frustration with traditional work-flows, the under-performance (in practice) of current artificial intelligence assistance with transcription of both print and handwriting, the difficulty of providing good user-interfaces to and data-discovery mechanisms for huge manuscript, transcription, and edited editions of texts, and the current state of tools to prepare such editions.

We will run two workshops focused on bringing together academics from across Oxford to focus on the preservation, digitization, and analysis of manuscripts and the production of scholarly editions, with a view to identifying the specific challenges faced by Oxford-based projects and the contribution that Oxford might make to the broader infrastructure for the development of new digital archives and editions.  We note the contribution made in the past by the Oxford TEI group (now disbanded) and the Rotunda Project at UVa, both of which had an out-sized influence in the 1990s and early 2000s in the development of a set of processes and software infrastructure for the production and dissemination of digital editions, and we believe that a similar step-change in processes and technology could be led by Oxford as part of an innovation grant.

The first meeting on 13 May will focus on articulating common challenges and sharing current best practices in areas such as:

The second meeting on 10 June will consider potential solutions with a view to a joint bid for innovation funding.