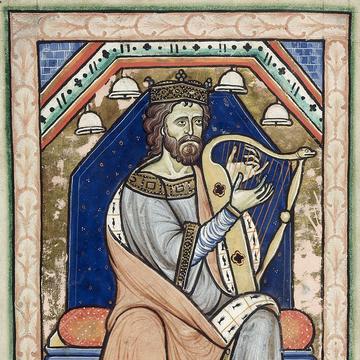 Professor Anne Hudson and Dr Elizabeth Solopova will be giving a seminar on "Devotion or a language lesson?  The revision of Rolle’s English Psalter’ and ‘Englished Latin or the language of love? The revision of the Wycliffite psalter’" as part of TORCH's The Oxford Psalms Network lecture series.

Richard Rolle hoped that his translation of the Psalms and his commentary would, through its vocabulary and layout, help the readers to a knowledge of Latin as well as of the English language. The Lollard revisers of his work extended this linguistic interest to a degree and in ways that Rolle might have found surprising and pedantic.

The writer of the General Prologue to the Wycliffite Bible outlined in the final chapter a number of modifications made as part of revision from the Earlier to the Later version of the translation. A comparative scrutiny of the two texts, however, makes it plain that a very great number of alterations were made that are not covered by the medieval writer: one of the most important being a reconsideration of the suitable rendering of a wide range of Latin terms. The study of such changes can throw light on the milieu in which the revision was undertaken and how the academic nature of the translation enterprise was maintained beyond the initial impetus that produced the Earlier Version.

Note: This event will be followed by a book launch for The Psalms and Medieval English Literature: From the Conversion to the Reformation, ed. Tamara Atkin and Francis Leneghan (Cambridge: Boydell, 2017).

All lectures will take place at 6.15pm (arrival from 6.00) in the Ursell Room, Pusey House, St Giles, Oxford, followed by a drinks’ reception.

This is a public event. All are welcome.