Empires of the Mind: explaining Charlie Hebdo, the Windrush scandal and Brexit 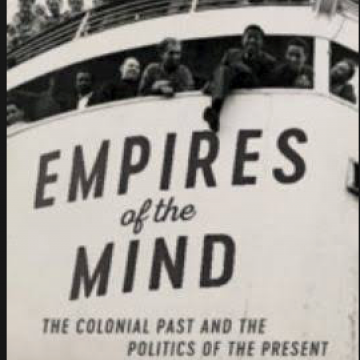 Robert Gildea explores how both although both Britain and France are haunted by the glories of their imperial past and the anguish of colonial inequalities. Both found it very difficult to decolonise and have reinvented imperial enterprises which in recent times have provoked the ‘blowback’ of jihadist attacks. The arrival of migrants from the former colonies has triggered a hostility to immigration and redefinitions of French and British identities which exclude multiculturalism. But whereas France has reconciled its imperial and European ambitions, Britain has not, preferring to leave Europe in order to revive a ‘global Britain’. This talk argues that until both countries lay to rest the ghosts of their imperial and colonial pasts they will struggle to find peace and harmony.

Robert Gildea is Professor of Modern History at the University of Oxford. He is a specialist on nineteenth- and twentieth-century French, European and global history. His most recent book is Empires of the mind: the colonial past and the politics of the present(Cambridge University Press, 2019). Previous publications include Fighters in the Shadows: a new history of the French  Resistance(Faber & Faber, 2015; Harvard UP, 2015), Marianne in Chains: In Search of the German Occupation (London, Macmillan, 2002), winner of the Wolfson History Prize 2003; Children of the Revolution. The French, 1799-1914 (London, Allen Lane and Harvard UP, 2008); andEurope’s 1968. Voices of Revolt, edited with James Mark and Anette Warring (Oxford University Press, 2013).