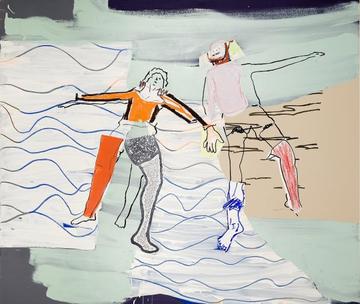 The Oxford Queer Studies Network are delighted to welcome Professor Chris Freeman to Oxford for our last lecture event of Trinity 2018.

The Anglo-American writer Christopher Isherwood’s life spanned the twentieth century—1904 to 1986—and its reach was even longer, from his late Victorian parents, to his father’s death early in World War I, to his years in Weimar Berlin, and finally to his “settling” in Los Angeles around 1940. He lived through and recorded his reactions to the gay liberation movement and also saw the advent of the AIDS crisis. The second half of his life is an “American” life but his whole life is a “queer” life. This talk will use Isherwood as a case study to consider issues connected to mentorship, queer relationships, “mainstream” and marginal literary success, and the place of Isherwood in queer studies into the twenty-first century.

Chris Freeman teaches English and Gender Studies at the University of Southern California’s Dornsife College of Letters, Arts and Sciences. He earned a PhD in English and Gay Studies from Vanderbilt University. His first book, The Isherwood Century: Essays on the Life and Work of Christopher Isherwood, which he co-edited with James Berg, won the Lambda Literary Award in Gay Studies in 2001. He and Berg have followed that collection up with Conversations with Christopher Isherwood and a collection about queer Los Angeles called Love, West Hollywood. More recently, they published The American Isherwood and are in the process of finishing an edited volume called “Isherwood in Transit.”

This lecture will be followed by a wine reception.

This event is accessible and open to all.