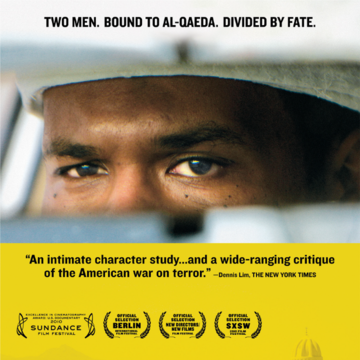 The Oath tells the story of two men whose loyalty to an ideal in a world of disintegrating legal, moral, and constitutional norms tests their beliefs and threatens their liberty.

Oscar-winning director Laura Poitras's riveting documentary follows the parallel fates of the first man to face the controversial US military commisions and his unprosecuted jihadist brother-in-law, whose struggles with his conscience provide a gripping psychological portrait of guilt and the redemptive role of society.

With fault lines reopening between the Muslim world and the West, the film leads the viewer on a jihadist's journey through Saudi Arabia, Yemen, Bosnia, Afghanistan, Iraq, Guantanamo Bay, all the way to the Supreme Court — and the devastating revelation behind the double meaning of the film’s title.

Professor in Law Liora Lazarus, Head of Research at the Bonavero Institute of Human Rights, will discuss the impact of national security legislation on human rights since 9/11.

“Compelling, emotionally and intellectually complex, The Oath is an important film that raises questions we must all ask”

Watch a trailer and book seats at: www.fljs.org/The-Oath

The Foundation for Law, Justice and Society in association with Wolfson College and the Centre for Socio-Legal Studies