Mugabe and The Odd Man In 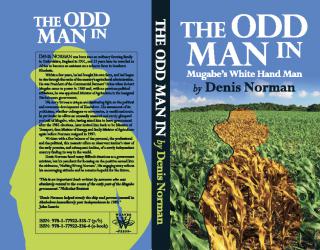 Denis Norman was born into an ordinary farming family in Oxfordshire, England in 1931, and 22 years later he travelled to Africa to become an assistant on a tobacco farm in Southern Rhodesia. Within a few years, he had bought his own farm, and had begun to rise through the ranks of the country’s agricultural administration. He was President of the Commercial Farmers’ Union when Robert Mugabe came to power in 1980 and, with no previous political affiliations, he was appointed Minister of Agriculture in the inaugural Zimbabwean government. His story throws a unique and fascinating light on the political and economic development of Zimbabwe. His assessment of its politicians; whether colleagues or adversaries; is candid and acute. In particular he offers an unusually nuanced and rarely glimpsed portrait of Mugabe, who, having asked him to leave government after the 1985 elections, later invited him back to be Minister of Transport, then Minister of Energy, and finally Minister of Agriculture again before Norman resigned in 1997.

Written with a fine balance of the personal, the professional and the political, this memoir offers an observant insider’s view of the early promise, and subsequent decline, of a newly independent country finding its way in the world. Denis Norman faced many difficult situations as a government minister, but his penchant for focusing on the positive earned him the nickname, ‘Nothing Wrong Norman’. His engaging story reflects his encouraging attitude and he remains hopeful for the future.

At this specially convened Lunch hosted by the Oxford Centre for Life-Writing, Denis Norman will be in conversation with Professor Elleke Boehmer, and signing copies of his recently published memoir.