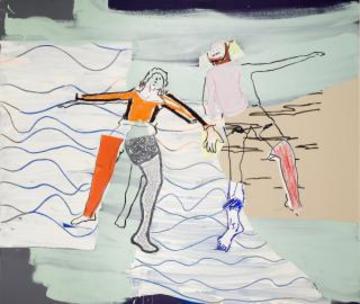 We are very excited to present the second in our series of fortnightly Queer Theory Research Lunches. Each event will comprise of three Oxford-based researchers from across the humanities and social sciences speaking for ten minutes each about how their work engages with queer theory, followed by half an hour of group discussion.

We aim to facilitate a space in which those whose work currently engages with queer theory can network. We also wish to provide an opportunity for all those at Oxford who are interested in queer theory to find out how it is being used here and how they themselves might engage with it, without any requirement of prior preparation.

This week, Emelia Quinn (DPhil English) will question whether a specifically vegan camp is possible, or worth having, exploring whether camp might offer a productive move away from the sincerity and despair that often characterizes vegan responses to violence. Stephen Turton (DPhil English) will speak about public reactions on social and news media to the addition of queer identity terms to mainstream dictionaries, and the language-ideological debates these reactions highlight. Sonia Cuesta Maniar (DPhil History) will discuss the experience of queer prisoners in Spain during the 1960s and 1970s, and how social and perceived sexual dissidence became the government’s new target during the later years of Francoism.

A sandwich lunch will be provided.

Meet us at the Merton Porter’s Lodge by 12:30 and we will walk to the Mure Room together.

All are very welcome to attend, including undergraduate students and non-academic staff.