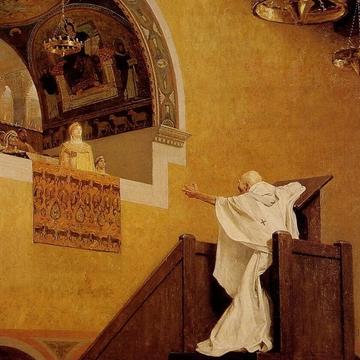 With a specific focus on Edward Said’s Orientalism, this webinar examines how politics and ideology inform the construction and reproduction of knowledge. The argument that Edward Said made in Orientalism (1978) was that the Orient is an imaginary and political construct: that representations of the East are heavily invested with the ideology, values, and fantasies of the West. For Said, Orientalism represented the acceptance of a division between Occident and Orient, viewing the Orient as a separate, homogenous realm. Said explored Orientalism as it had been conceived by scholars and deployed by politicians. Beginning with Foucault, Said made salient the construction of an epistemic Orientalism, as a paradigmatic tool of domination.

Orientalism engages with modes of oppression, seeking to liberate thinking about places and people labelled as being of the “Orient” from their association with a system of ideas. Said noted that the association of the imagined Orient with irrationality, langueur, corruption, and sensuality were not just literary artistic constructs, but informed and invested western imperial foreign policy with justifications for their actions. The material impact of orientalizing constructions advantaged (and continue to advantage) colonial incursions, and the continued exploitation of resources and dispossession of people. In recent years, the political sleight of hand used to discipline those deemed ‘unable to govern themselves’, has employed orientalist regimes of knowledge to provide a historical anchor for modern politics. There are many critiques that can be made against Said (total absence of the subaltern, i.e. of the orientalized themselves in his oeuvre), but Orientalism succeeded in querying and interrupting certain dominant patterns of representation and narratives about ‘the Orient’ broadly conceived.

To continue the discussion about the place and relevance of Orientalism in contemporary politics and the academy, let us focus on the importance of Orientalism (or an orientalizing discourse) for Byzantine Studies. The connection between the historical construction of the field of Byzantine Studies and orientalist scholarship is an obvious one. But what utility (if any) does Orientalism have for Byzantine Studies today, whether as a critique or a framework for analyzing our own positionality vis-à-vis our objects of study? Beyond critique and discourse, what does the orientalizing process produce, both within the Academy and politically?

Based on the readings, some topics for consideration include:

Helena Bodin, “Whose Byzantinism - Ours or Theirs,” in Marciniak and Smythe, Reception of Byzantium, 11-42

Anthony Kaldellis, Hellenism in Byzantium. The Transformations of Greek Identity and the Reception of the Classical Tradition, (Cambridge, 2007), Introduction

Przemyslaw Marciniak, “Oriental Like Byzantium: Some Remarks on Similarities Between Byzantinism and Orientalism,” in Alshanskaya, Gietzen, Hadjafxenti, Imagining Byzantium (Mainz, 2018), 47-55