Oxford and Oxford: A Critical Relationship 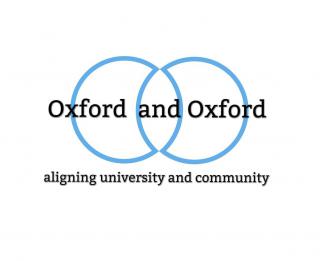 The gap between University and Community holds Oxford back from moving forwards in an equitable and fair manner. Communication between the two spheres must improve.

Oxford and Oxford hopes to start, and maintain conversations to bridge this gap, as well as creating a sustainable and mutually beneficial relationship amongst activists from the city's universities and its more local communities.

As a part of the alternative Freshers week; this Saturday, at the Student Union building, we will hold our first event of term.
At the event you will have the opportunity to hear from four hugely experienced and inspiring community-based activists to learn more about their work: how it began, what it has achieved, and how it looks to progress in the future.

The workshop will be opened by Shaista Aziz, Journalist, Equalities campaigner and founder of the Everyday Bigotry Project, seeking to disrupt narratives on racism, Islamophobia and bigotry.

We are incredibly lucky to have the following individuals facilitating workshops:

Shabnam Sabir, who is a passionate community activist who looks to bring people together from all walks of life. Specifically, Shabnam created the Oxford Homeless Project, which has been working closely alongside university activists to provide support to those who have been failed by the state and are currently homeless in the city. Shabnam is also head of sixth form at EMBS Community College; Shabnam also works with students who have struggled in the mainstream or are unaccompanied minors.

Richard Howlett is a Labour councillor for Carfax, who has worked extensively around the homelessness crisis in Oxford as well working tirelessly for the local community.

Liz Edwards is a trustee of Homes For All as well as working part time for the Big Issue.

MORE FACILITATORS TO BE ANNOUNCED SOON !

************
This event will be followed by a vigil:
Join us on the 13th of October, during Black History month to remember the Windrush generation for the many sacrifices they made to rebuild Britain and for their ongoing quest for justice.
We will honour this generation, their family and friends and stand in active solidarity with Oxford’s and the UK’s Windrush generation.
We will also gather to remember all those who have passed without receiving justice including campaigner Sarah O’Connor who died at the age of 57 seeking redress from the government.

The vigil is being organised by Cllr Shaista Aziz, Oxford City Council’s Representation in the Workforce Champion and Oxford Labour’s Women’s Officer - in collaboration with the wider alternative freshers week programme.