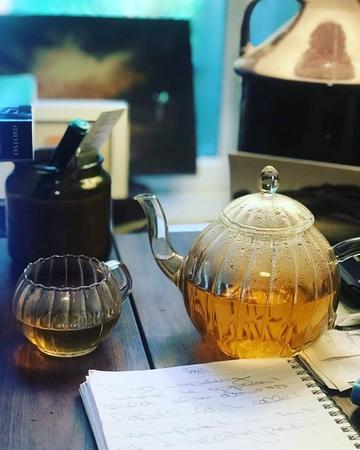 This is an exciting opportunity for writers (we define writer as ‘anyone with a pen or keyboard’) over the age of 18 to submit a short, original piece of writing.

In an essay in The Nation titled Captive of the Caucasus: The Long War Over Nagorno-Karabakh, Viken Berberian writes, “In his 1973 essay ‘Approaches to What?,’ the French novelist Georges Perec made reference to the ‘infra-ordinary,’ by which he meant the banal routines of the everyday. He suggested we reorient our gaze from the exotic to what he called the ‘endotic’; turn away from headlines and embrace the granular beauty of the ordinary. ‘Question your teaspoons,’ he urged. Perec’s essay may be read as an ode to peace because in order to be capable of paying attention to the footnotes of the everyday, people need to have a certain level of quiet and security.”

Reflect on both essays and consider what it means to you to question the habitual, or celebrate the everyday: what seemingly trivial, daily acts do you perform that show your humanity? As Perec writes, “How are we to speak of these ‘common things’, how to track them down rather, flush them out, wrest them from the dross in which they remain mired, how to give them a meaning, a tongue, to let them, finally, speak of what is, of what we are.”

The winning essay will be published in a to-be-announced publication.

The Winner and runners-ups will be invited to read their essays during a live event hosted by Suzan Meryem Rosita (Director and Co-founder of the Oxford Network for Armenian Genocide Research) and Olivia Katrandjian (Founder of the International Armenian Literary Alliance).

To learn more about the essay competition, the Oxford Network of Armenian Genocide Research and the International Armenian Literature Alliance, listen to Olivia and Meryem’s conversation here: https://www.youtube.com/watch?v=rPXozXAa4bc&t=1350s

Our Judge is Raffi Joe Wartanian.

Raffi Joe Wartanian is the son of Armenian immigrants from Beirut, and the grandson and great-grandson of Armenian Genocide survivors from Hajin, Adana, Zara, and Kharpert. His essays have appeared in The New York Times, Los Angeles Review of Books, Miami Herald, The Baltimore Sun, Outside Magazine, and elsewhere.

A recipient of grants and fellowships from the Fulbright Program, Eurasia Partnership Foundation, and Humanity in Action, Raffi has taught writing at Columbia University, Rikers Island Jail, the Manhattan VA, and Letters for Peace. As a musician, his albums include Critical Distance (2019) and Pushkin Street (2013).

This Essay Contest is part of the TORCH Oxford Network for Armenian Genocide Research.