Resistance, Surveillance, and the University 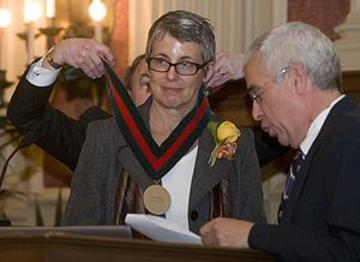 The TORCH Race and Resistance programme are hosting a seminar with Jean Allman on 'Resistance, Surveillance, and the University: Lessons on the “Local” and the “Global” from a Divided City, 2017'

In 2014, the Center for the Humanities and the School of Architecture and Urban Design at Washington University in St. Louis was awarded substantial funding for their joint Divided City Initiative, an interdisciplinary project aimed at exploring separation and segregation in cities across time and space.  Only a few weeks after the award was announced, an eighteen-year old African American youth, Michael Brown, was shot dead in Ferguson, Missouri – a suburb not far from the university campus –  by a white police officer, Darren Wilson.  In the weeks and months that followed, Ferguson and the wider St. Louis community were the focus of international attention as a sustained militant uprising on the streets of the city was met by a militarized police response that had few precedents locally or nationally.  Now, three years later,  the uprising has ended, Darren Wilson walks free, the tanks and riot-ready police are back in their barracks, and construction has begun, in one of St. Louis’s most impoverished and underserved neighborhoods, on a 1.7 billion dollar, 40 hectare National Geospatial Security Agency site that will collect, analyze and distribute geospatial intelligence in support of US national security.  In this presentation, Jean Allman, one of two primary investigators for the original Washington University project, reflects on the three years since Michael Brown’s murder:  on the meanings of “local” and “global” and on the politics of university/community engagement . . . when history intervenes.