The Cut Out Girl with Bart Van Es 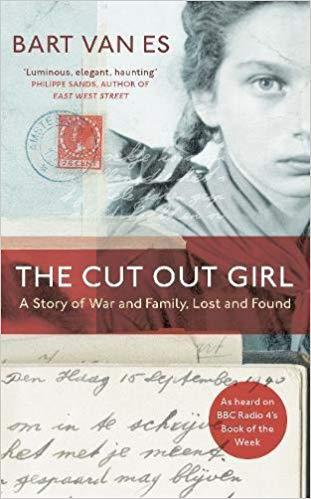 In August 1942, a stranger knocked on the door of a house in the Hague, in the Netherlands.

An eight-year-old girl was handed over to the safekeeping of the unknown visitor, to be taken to another town. The girl would never see her mother or father again.

Lien de Jong was a Jewish child under Nazi occupation and her parents had taken the agonising decision to try to save her by losing her.

The yellow stars were unpicked from her clothes and she was taken from her home and disappeared into an underground network of resistance families.

Lien's mother had put a note into her coat pocket.

'An awe-inspiring account of the tragedies and triumphs within the world of the Holocaust's "hide-away" children, and of the families who sheltered them' Georgia Hunter

The enthralling story of a man's search for the truth about his family's past.

The last time Lien saw her parents was in the Hague when she was collected at the door by a stranger and taken to a city far away to be hidden from the Nazis. She was raised by her foster family as one of their own, but a falling out well after the war meant they were no longer in touch. What was her side of the story, Bart van Es - a grandson of the couple who looked after Lien - wondered? What really happened during the war, and after?

So began an investigation that would consume and transform both Bart van Es's life and Lien's. Lien was now in her 80s and living in Amsterdam. Reluctantly, she agreed to meet him, and eventually they struck up a remarkable friendship. The Cut Out Girl braids together a powerful recreation of Lien's intensely harrowing childhood story with the present-day account of Bart's efforts to piece that story together. And it embraces the wider picture, too, for Holland was more cooperative in rounding up its Jews for the Nazis than any other Western European country; that is part of Lien's story too.

This is an astonishing, moving reckoning with a young girl's struggle for survival during war. It is a story about the powerful love and challenges of foster families, and about the ways our most painful experiences - so crucial in defining us - can also be redefined.

To register for this talk on Eventbrite, click here.