Call for Papers: The Idea of Europe in Literature, Philosophy and the Arts: History and Current Debate 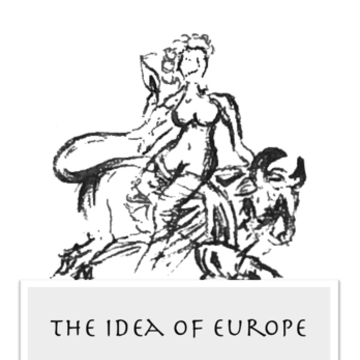 The London Arts and Humanities Partnership is happy to announce the cross-disciplinary conference The Idea of Europe in Literature, Philosophy and the Arts: History and Current Debate, which will take place at King’s College London on 5 March 2020.

The conference aims to explore how the idea of Europe has changed throughout history, in literary and philosophical writings, as well as in artistic representations. It will seek to facilitate discussion across different areas of study, aiming to produce a diachronic perspective on various European questions, with a particular focus on the concept of “European identity”. We would also like to invite special attention to the role that migration (broadly defined as movements of people, objects and ideas) has played and continues to play in shaping such an identity. The urgency of such a discussion, both in the context of UK scholars working on the question of Europe, and of European scholars, is evident in a moment of precipitous change in various areas of Europe.

We invite researchers to contribute 20-minute papers that address, but are not limited to, the following themes and questions:

- The genesis of the idea of Europe. Can we pinpoint specific instances of the emergence of a “continental consciousness”, an awareness of belonging to Europe?

-  How the notion of Europe has changed throughout the centuries.

- ls it possible to conceptualize the “identity” of Europe? If so, what is/has been the impact of migrations in shaping this identity?

- How the concept of Europe may have been purposely mystified or distorted in order to serve an ulterior motive.

- Is there such a thing as “European literature/art/philosophy”? Is it a unified and coherent concept? Is it a useful heuristic for academic discussion?

- How the concept of Europe has been used to mark an opposition with another cultural, social and/or religious entity.

- How non-European ideas/impressions of Europe have changed over the years, and what bearing this has had on European self-definition.

If you are interested in presenting a paper, please send a title, an abstract (approx. 300 words) and a brief biography (150 words max) to theideaofeurope@gmail.com by 15 November 2019. Abstracts from PhD and early career researchers are particularly encouraged.

Applicants will be notified of the outcome by 30 November 2019.