Trans Structures of Feeling: From Cinema to Portraiture 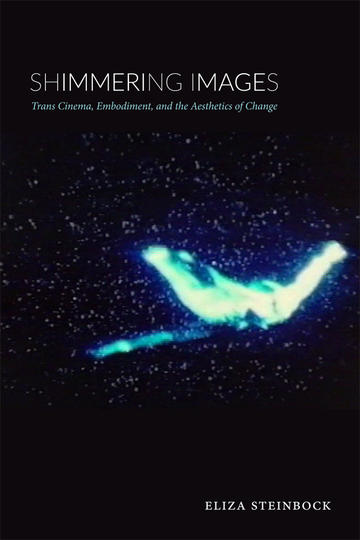 The Queer Studies Network is delighted to welcome to Oxford Dr Eliza Steinbock (Leiden University), for two events on their recent book Shimmering Images: Trans Cinema, Embodiment, and the Aesthetics of Change (Duke University Press, 2019), the introduction of which is available here.

The second event is a seminar from 14:30am – 16:00pm, ‘Trans Structures of Feeling: From Cinema to Portraiture’:

Of the three identified aesthetics of change in Shimmering Images, the before/after transsexual cut lingers on as a reigning chrononormativity for trans people to present selfhood as first changed then fixed in time. It was for this reason that in Steinbock’s next book project they have turned to the genre of portraiture that dominates in the art world representation of trans visual art. Portraiture invites questions of trans intelligibility, how we know it, what marks it, and for whom. For this research Steinbock studied how artists lend more to the making of a portrait than just rendering a version of a person, but also cast a signature with aesthetic and political weight. The portrait traditionally confers dignity, status and therefore also value. It circulates to do certain work: a face on a coin promises its worth, heads of organized religions make a space sacred, but they can also be a form of witnessing and documentation, or even like a graffiti of “I was here.” For this seminar, Steinbock will introduce some examples of portraiture that yield an archive -- in the terminology of Raymond Williams -- of trans structures of feeling. Central to this book is the attempt to map the incremental values of affects associated to cherishing and perishing in globally comparative practices of portraiture. In conversation with the texts on how it feels to be a problem in media and on the affective relationship of a portraitist and her muse, Steinbock hopes to generate a discussion on how trans feels right about now.

Broadly curious about how visual culture shapes social understandings of bodily difference, Steinbock specializes in trans* cultural production, porn/sexualities and contemporary mediascapes. They recently published Shimmering Images: Trans Cinema, Embodiment and the Aesthetics of Change (Duke UP, 2019), and are currently writing on contemporary transgender (self) portraiture in the wider field of visual activism in Toronto, Berlin, Cape Town/Johannesburg. Steinbock is co-editor with Susan Stryker of the recently launched book series, ASTERISK: Gender, Trans-, and All That Comes After (Duke UP) and the founding editor of the arts and culture review section of TSQ: Transgender Studies Quarterly.