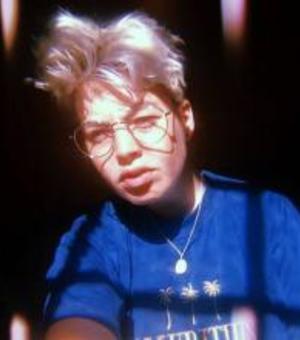 Aaron Hughes undertook a Bachelor’s degree at the University of Cambridge in Modern and Medieval Languages (French with ab initio Russian), before completing a two-year Master’s degree in Comparative Literature at the École Normale Supérieure in Lyon, France. Aaron is currently reading for a DPhil in Medieval and Modern Languages at Balliol College.

Aaron's doctoral research is concerned with questions of bodily otherness as studied through the lens of 20th Century French thought.  They will primarily be working on the philosophical writings of Maurice Merleau-Ponty and Jean-Paul Sartre to produce a phenomenological model of illness as subjective experience in an othered body. Aaron is looking to use this model to explore other forms of bodily othering, such as queerness, and the ways in which bodily otherness shapes perceptions of the self, our relationship to the Other (autrui) and ways of being in the world, in order to find parallels between diverse experiences of othering.

As well as being an organising member of Queer Studies Network, Aaron is also one of the co-chairs of the Oxford SU LGBTQ+ Campaign, a group of undergraduate and graduate students engaged in improving the living and working conditions of queer people at the University of Oxford. Most recently, they have collaborated with members of Oxford SU and of the transgender community to produce a report on transgender experience and transphobia at the University of Oxford with a view to improving the well-being of transgender students and staff.