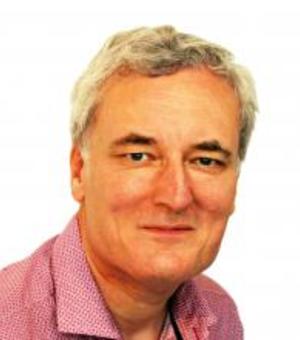 Alexander Massey is a Jewish composer, international singer and multi-instrumentalist, prayer leader and celebrant, teacher and writer. His compositions have been published by Transcontinental (USA) and Reform Judaism UK, and is used in the UK, Europe, Australia and the USA; he has created music for weekday and Shabbat liturgy, High Holy Days and Jewish festivals, life cycle services, interfaith events, and Yom HaShoah events; and he was part of the team that compiled Reform Judaism UK’s Shirei HaT'fillot, a companion music resource to their prayer book. Alexander worked for a number of years as a lay clerk at Christ Church, Oxford and York Minster, and as an oratorio soloist and Bach Evangelist; he performs in a duo with the violinist David Roth from the Allegri Quartet, as well as a free lance soloist. Since his conversion to Judaism, he has composed and performed for the Jewish community, been a cantorial soloist and founded the Jewish Music UK network. He has taught in schools and universities, and presented at conferences for social research, Limmud, Liberal Judaism, Reform Judaism, the annual UK Jewish Music Fair. He has written for journals on research methodology, education, psychotherapy, music, voice development, and Judaism and spirituality. Alexander’s interfaith work has included training teachers for The Association for the Teaching of Religious Education in Scotland; speaking to the interfaith chaplaincy team of the Oxford NHS Trust; performances and compositions for the UK Council of Christians and Jews; appearances at interfaith and sacred music festivals, SOAS and the Jewish-Christian Bible Week in Germany. He was an invited by the Institute of Composing to join a panel alongside the composer and broadcaster Lord Michael Berkeley discussing the future of sacred music composition. Website: www.alexandermassey.com