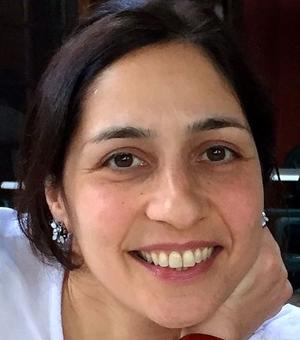 I am a historian of the medieval Islamicate East, which covers a vast geographical range from the eastern provinces of modern Iran to Afghanistan, Central Asia, and the western provinces of modern China. This spans a vast arc of time from the coming of Islam in the 7th century CE to the Mongol Empire of the 13th century, and all its various component cultures and societies. Then, as now, the Islamicate East was not merely a vital channel between the central Islamic lands and China, but also an extraordinarily fertile environment in which a unique range of different religions, languages and cultures met, interacted, and produced new syncretic forms that spread in all directions to influence their neighbours. The neglect of the Islamicate East has created a huge gap in our understanding of the cultures and history of the pre-modern world, and makes it difficult if not impossible to comprehend the present and the future of this region that is so crucial to the world in which we live.

I have published a book entitled Sacred Landscape of Medieval Afghanistan (Oxford, 2013) which explores the ways in which the multicultural region of Balkh in Afghanistan, which hosted one of the most magnificant Buddhist monasteries and temples in antiquity, became "the dome of Islam." I am now working on two other books, one of which is a fully commentated translation of the medieval local history of Balkh.

I am working on two team-focussed projects which are funded by the Arts and Humanities Research Council and the European Research Council for the study of documents, literary sources and material culture from medieval Afghanistan and Central Asia. The projects explore questions about the social, political and legal history of people in the region from the 8th to the 13th centuries CE, and the importance of language and multilingualism in particular.

I received my DPhil (doctorate) at Oxford's Oriental Institute, after which I co-directed the Balkh Art and Cultural Heritage Project, www.balkhheritage.org, funded by the Leverhulme Trust 2011-2015. Together with an interdisciplinary international team of scholars, I studied the urban development of Balkh,  including the role of women.

I was born in Germany, and before joining academia served as a UN peacekeeper in the Balkans, TImor Leste, and other places.

'The Coming of Islam to Balkh,' in A. Delattre, M. Legendre and P. Sijpesteijn (eds) Authority and Control in the Countryside: From Antiquity to Islam in the Mediterranean and Near East (Sixth-Tenth Century), Leiden, Brill, 2019, pp. 284-310 (with H. Kennedy)

'Living Happily Ever After - Fraternal Polyandry and “the House” in the Bactrian Documents,' Bulletin of the School of Oriental and African Studies 79/1 (2016), pp. 33-56

'The Caliphate and Afghanistan: Integrating Islam in Afghan Society (A.D. 709-871),' in Nile Green (ed.) From Sufis to Taliban: Trajectories of Islam in Afghanistan, Berkeley, University of California Press, 2016, pp. 41-55