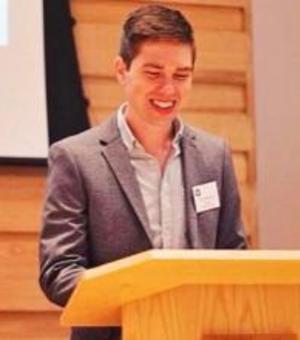 Benjamin Westwood is a Departmental Lecturer in the Faculty of English Language and Literature, based at Keble. His DPhil thesis looks at representations of animals in Victorian poetry and prose. A part of this project, on Edward Lear, has recently appeared in Essays in Criticism. He teaches mostly across the long nineteenth century, but is also co-running a third-year undergraduate course on LGBTQIA writing in the twentieth and twenty-first century.

Benjamin's other research projects focus on the work of queer theorist Eve Kosofsky Sedgwick, Victorian poetics of pleasure, and the emergent field of vegan studies. He has an essay forthcoming in the first collection of essays on Sedgwick's poetry: Bathroom Songs: Eve Kosofsky Sedgwick as a Poet, ed. Jason Edwards (Punctum Books). And, with Emelia Quinn, has co-edited Thinking Veganism in Literature and Culture: Towards a Vegan Theory (forthcoming with Palgrave). His next main project will explore the 'social pleasures' of Victorian poetry, drawing on, and speaking to (among other things) recent debates in queer theory about pleasure, anti-sociality, and queer negativity.