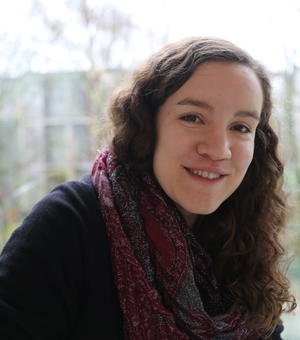 I am a postdoctoral economist in the Research Unit of Danmarks Nationalbank (the Danish Central Bank). I have a PhD in Economics from the University of Oxford. My research interests are in macroeconomics, macro-finance, macroprudential policy and monetary policy.

Extract from a conversation in 2019:

My parents had me diagnosed when I was 13, but my mum always recognised that I was struggling a little bit more - I mean my name is not the easiest to spell. She remembers me not being able to spell my own name and feeling bad about it - she would go through grammar and phonics with me - it was like torture but I think the early intervention made it a bit less of a struggle.

In the States, I had to be assessed every 4-5 years to get extended time. For the SAT’s, ACT’s and the GRE. So I was assessed three times, with interviews and writing tests over two days which took a lot of time - I remember being with the educational psychologist essentially for a whole school day. I went to a private school in part after I got diagnosed because they were relatively good at dealing with dyslexic students - a lot of my classmates were dyslexic.

I think I made some comment to my piano teacher of ‘oh I might major in history because I quite like it’s and she said ‘you are dyslexic so you shouldn’t - that would be really hard’… I think that is very limiting.

How did you find reading piano music?

My brain just skips the lines, so sometimes figuring out which line it is on can be quite difficult - so the piano teacher would colour code everything in a way it made it so much easier.

How have you found university?

Now that I am a DPhil it is so much better as there isn’t this exam pressure. Here actually I had a really good study skills tutor - I had him in the first year in my MPhil. My normal approach to reading was just to slowly read everything and understand 100% of it, and it was just not feasible. Now I mostly read journal articles. This app on my iPad is called pdf expert - it’s computer-generated and will read the words and highlight at the same time - it’s been amazing to see in the last few years technology get to a place where it is really able to do these things. I used to beg for the reading lists ahead of the term, buy the textbooks and cut the pages up to scan them at my parents’ house - I literally did that - take the spines off and feed them into a high-speed scanner that I could take with me to university.

My parents are the kind of people who would encourage me with everything. So after I was diagnosed, they would find examples of dyslexic people who are successful. I think there is a dyslexic economist who works in finance so they sent me an article on her. My teachers in high school were surprised when I told them I was dyslexic because I have always done quite well. Sometimes I would need my friends to remind me that anyone would struggle with a MPhil courseload and general academic work and sort of not to blame everything on being dyslexic. That is a lesson I have come to, not to be too hard on myself, not to feel ‘oh I could do better if I wasn’t dyslexic’. Being dyslexic is just my brain and my brain does economics very well so I wouldn’t want to change it, as who knows what is mixed up in the two.

I like to be quite honest and open about being dyslexic - strategically. So after getting to know someone and them getting to know that I am intelligent, then I like telling them I am dyslexic - that being academically successful and dyslexic is compatible.

Thinking about how different people learn - I think that is the other advantage of being dyslexic. When I teach, trying to figure out what approach the student needs because I have had to think so much about how I learn, maybe I think about that a little more.

My field is really bad on the gender balance thing - I have already had to deal with people telling me I can’t do something because I am dyslexic and going that is not true, that’s wrong - so then it helps me be a bit more resilient to all the other things people are telling me that are even more nonsensical, it’s a constant reminder to be resilient.

What are you looking at in your DPhil at the moment?

I work on dynamic stochastic general equilibrium models so DSGE - it’s the big canonical way of macro modelling and my focus is on financial frictions - so that is modelling financial sector in a way that might have an impact on the real economy, for overall GDP and unemployment and thinking about how post-crisis we should model it differently- there was work in this area before the financial crisis but it wasn’t that focused on, so there is a lot of work now explaining how financial frictions are important to understand post-crisis.

I guess what I like about my research is ‘how do you affect the whole system?’ so thinking really largely and how the model work and how does it not describe reality? We step inside the model and ask, what is it missing? Getting to think about the whole system is what my brain does better rather than thinking about very specific things.