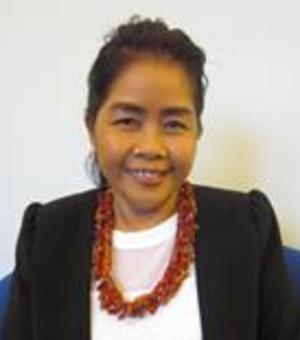 Dr Khin Mar Mar Kyi is the inaugural Daw Aung San Suu Kyi Gender Research Fellow, an award winning social anthropologist and Research Associate in Anthropology at the University of Oxford. She is the producer of an acclaimed documentary, Dreams of Dutiful Daughters (2013). She championed with a rare combination of her scholarly excellences, passionate humanitarian vision with technical visual skills.

Dr Mar is the winner of one of Australia’s most prestigious academic awards – ‘Excellence in Gender Research’ – for her Ph.D. She also received in 2008 Australia's ‘Unsung Heroes’ Award and was selected as one of the ‘UN 100 women in 100 years’ award among other awards. Her scholarly awards included, Commonwealth scholarship, a prospect Burma scholarship and the Open Society scholarship, and Australian Anthropology students’ awards among others. She is considered as an emerging leading Burmese female academic, who connects her professional passion and research practice to a transformative methodologies approach on issues of gender equality, sustainable development and peace. She is considered to be an inspiring Burmese woman leader, committed to mobilize systemic interventions on social change, child protection, to combat social violence. She serves as a board member and adviser for many local and international organizations including Australian Myanmar Institute, Oxford Burma Academic Initiatives, Ethnic Peace and Resource Project and many women right organizations in Burma and Thai Burman borderlands. Previously, she has lived and worked in both developed and developing countries such as Cambodia, Lao, Thailand, Malaysia, Singapore, Australia, and United Kingdoms.

Dr Mar has previously taught as a lecturer at the Australian National University. She has also worked as a country adviser and a senior consultant in Australia. She was a senior consultant for Australian Government organizations including the Department of Foreign Affairs, AusAID and the Australian Federal Police as well as many bilateral aid organizations. She was selected as one of very few International Election Observers in the historic election in Burma in 2015. She initiated the first and largest international conference, as a board member of Australian Myanmar Institute, to be held at Yangon University in 2015.  She has written many articles and participated in many international conferences. She has recently won ESRC grant to co-investigate ‘Buddhism, Nationalism and Gender’.