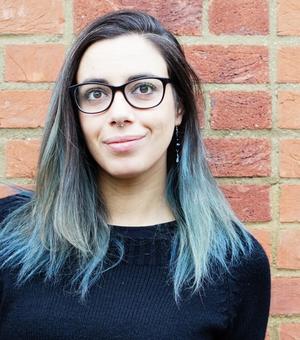 Marzia is a DPhil Candidate in Medieval and Modern Languages currently undertaking research into the writing of Amelia Rosselli and Patrizia Vicinelli, and in particular their long poems. She aims to establish the literary terms in which it is possible to identify them as the first female writer of epic poetry in Italian language.

She published on experimental poets (such as Adriano Spatola, Alberto Masala and Nanni Balestrini) on different periodicals and literary magazines, including il Verri, Smerilliana, Leggendaria. Marzia also contributed with creative writings to web-magazines (such as Le parole le cose, Abbiamo le prove) and invited as a poet to the first “Festival of Italian Literature in London” for a collaborative writing and performative experience (a section is now published on the webzine Minimaetmoralia).