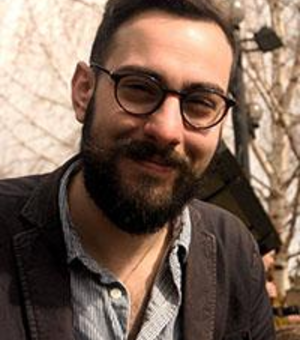 Nicholas S.M. Matheou is a social historian specialising in the Middle East and Mediterranean in the Middle Ages, particularly Anatolia, Upper Mesopotamia and Caucasia (approximately modern-day Turkey, Armenia, Georgia and Azerbaijan, as well as parts of northern Syria and Iraq). In particular his research focuses on the empire of New Rome (“Byzantium”) and the Armenian and Georgian royal polities in the central Middle Ages, ninth to twelfth centuries, but takes a comparative perspective across the region, especially from Kurdish and Ottoman studies, as well as globally, from pre-history to the modern day. Through this research Nicholas theorises social-historical themes of hegemony and counterpower, ethnicity and nationhood, and critical political economy before, during and after the rise of capitalism. He is aiming towards a radical perspective on social history from an anarchist - that is, a methodologically anti-state - standpoint.

Nicholas received his first degree in Ancient & Medieval History from the University of Edinburgh, before moving to the University of Oxford to complete first a master’s degree in Late Antique & Byzantine Studies, and then a doctoral dissertation in the Faculty of Oriental Studies titled ‘Situating the History attributed to Aristakes Lastiverc‘i: The Empire of New Rome & Caucasia in the Eleventh Century’.