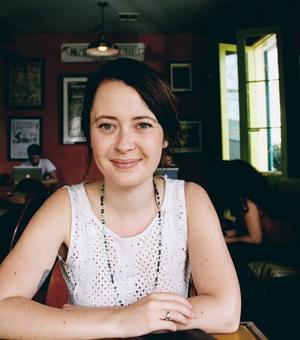 Olivia graduated with a Bachelor’s degree in History and a minor in Geography from the University Paris-IV Sorbonne in 2012, and went on to obtain a joint-schools Master's degree in History and English from the same University in 2014. She was also an Erasmus visiting scholar at Oxford in 2013–14. She was the recipient of a Fulbright teaching award in 2015–2016, and spent the year teaching at liberal arts institutions in Pennsylvania.

She has also worked for the French Foreign Office in Ukraine.

In addition to her role as CPAGH’s co-founder, Olivia is on the committee of the Oxford graduate seminar, Transnational and Global History (TGHS). She coordinates the public engagement working group 'Uncomfortable Oxford', which aims to interrogate violent, colonial and imperial legacies in the urban landscape of Oxford.