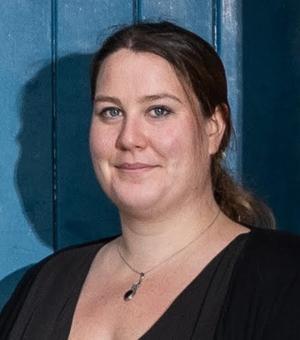 My primary research interests concern the flow of material, specifically glass and copper alloys. Much of my earlier research has focused on the Roman and Early Medieval period across the Western Provinces of the Roman Empire, but my current focus in Bronze and Iron Age material from Eastern Europe. I am particularly interested in how the novel interpretation and application of scientific techniques can illuminate complex archaeological questions of sourcing, trading and recycling. My work has focused on recycling as a key part of production cycles, regional markets and the impact of imposition and removal of colonial economies.

I am a Postdoctoral Researcher in the Central Eurasian Bronze Age, as part of the FLAME project. FLAME (Flow of Ancient Metal across Eurasia) is a European Research Council funded project led by Professor Mark Pollard and sets out to investigate the movement, exchange, and transformation of metal in Eurasian societies during the Bronze and Early Iron Age.

I also teach on the Archaeological Science Masters on glass and vitreous materials in the past.

Victoria’s studies a BA in Classical Studies majoring in Archaeology, at the University of Adelaide, before going on to complete and MSc and DPhil at the University of Oxford. Her work focuses on analytical studies of archaeological material, particularly the flow and mutability of material. Her research has focused on the transition from Late Roman and Early Medieval period across Britain and the other former Roman Western Provinces. She is working on a study of the early glass from the Anglo-Saxon site of Lyminge, looking at the changing trade patterns of glass and metal in the fourth to eighth centuries – especially considering cullet glass and metal as feature of such trade.

She teaches on the Masters of Archaeological Science course on glass and vitreous materials in the past, as well as on the BA in Archaeology and Anthropology.