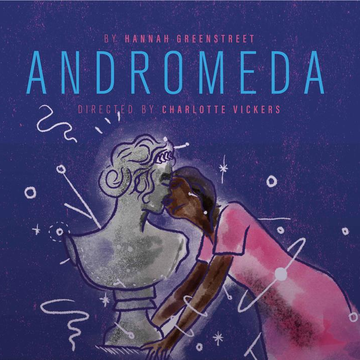 Archive of Performances of Greek and Roman Drama

Andromeda, written by Hannah Greenstreet and directed by Charlotte Vickers, is a queer reimagining of Euripides’s play of the same name. It constellates fragments from the Ancient Greek (in a new translation by Martina Astrid Rodda) with scenes from a contemporary love story between two young women. In centring the experiences of its LGBTQ+ female characters, the play explores how the stories we tell each other impact our sense of identity. Having been workshopped with researchers in the Classics and English departments at Oxford, the play also offers new insights on engaging with fragments of classical tragedy in contemporary drama.

Since 2017, the play has been developed with support from Arts Council England, TORCH Theatres Seed Fund, Camden People’s Theatre, Nottingham Playhouse, the Archive of Performances of Greek and Roman Drama, Pegasus Theatre and the Oxford Playhouse. Work-in-progress performances have been shared at the APGRD, the Bunker Theatre and at Nottingham Playhouse as part of Amplify Festival. A full production is scheduled for summer 2021 at Camden People’s Theatre and one of the performances will be livestreamed.