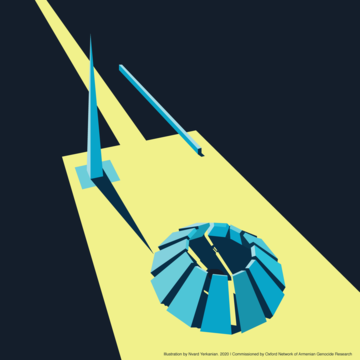 Building on the ground-breaking scholarly work produced by the Globalising and Localising The Great War (GLGW) research cluster, one of the largest hubs for First World War research in the UK, the Oxford Network for Armenian Genocide Research hopes to foster new research directions in the study of the Armenian genocide. It seeks to create a thriving community of researchers at Oxford who study the Armenian genocide in a global context rather than merely in its local Ottoman setting, and whose chronological focus is not confined to the period between 1915 and the end of WWI.

The Oxford Network for Armenian Genocide Research was founded by Dr Suzan Meryem Rosita Kalaycı and Professor Theo Maarten van Lint and is based at Pembroke College and TORCH at the University of Oxford.

If you would like to get involved or learn more please get in contact with our Director Dr Suzan Meryem Rosita Kalaycı @ armeniangenocideresearch@torch.ox.ac.uk, or with our team on twitter @OX_AGResearch