"A Fairy Story: The Three Wishes" - RUNNER UP of the OVER 18 Category, TORCH Storytelling Competition 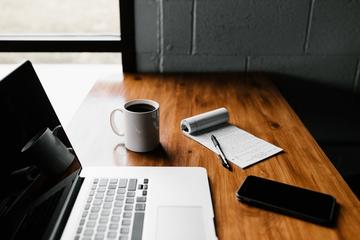 He was the third son.

More than once, his mother had said to him, ’You’re lucky - the youngest is the one who inherits the cat.’ He’d never known what she meant and now it was too late to ask.

Nearing his fortieth birthday, he wondered when this luck was going to kick in? He sagged in his orthopaedic office chair totting up his failures: a receding hairline, a failed marriage and a job in the probate registry which wasn’t going anywhere.

When the phone call arrived summoning him down to the old family home for the reading of his father’s will, he was glad to take a day off work.

The parental home was an old manor house half-way up a hill in the Cotswolds. The local solicitor read out the will to the assembled sons and their wives. In attendance were some old family servants and his secretary, down for the day to look after the paperwork. The eldest son got a 70% holding in the family stockbroking firm. The middle son got the house and the golf driving range that went with it. And the youngest? ‘My collection of lepidoptera and the equipment that goes with it.’

‘Where’s the stinking butterfly stuff?’ he asked bitterly. ‘In the tower room,’ someone mumbled. He flung himself out of the room before he said something that he would later regret. They were, after all, the only family he had.

His father had been an urbane financial wizard. No one would have guessed that his inner sanctum was a hexagonal oak-panelled room stuffed with curios: a stuffed crocodile met his gaze, eye for eye. Around the wall were cases of moths and butterflies, mostly foreign exotics with giant wings and hideous swollen bodies. He’d never cared for them, and now he was stuck with them.

He saw his reflection fractured between the bodies of deaths-head moths – a gangling, long limbed man, looking older than his years. And then he punched the glass and it crazed like a spider’s web with one neat small hole in the centre.

He stood looking at the case, shocked by what he’d done. ‘I’m not a violent man’ he said out loud, to no one in particular.

‘I’m glad to hear it,’ shouted a tiny piercing voice. ‘Could you let me out please?’

The man squatted down and peered into the case. Standing at the bottom was a small fairy. It had wings like the moths impaled above it, but it could only be a fairy.

I’m going to stand my ground, if it’s the only time in my life - thought the man. ‘I’ll let you out,’ he said, ‘but only if you grant me three wishes.’

‘You win’ shouted the fairy. ‘You can have those wishes. Whatever you want. Just let me out and I’ll run through the small print with you.’

The man grinned. ‘Oh no. I’ve read the literature you know. At this point, there are two basic mistakes I could make: (a) I let you out and you vanish (b) I hang on to you, you give me my three wishes, the first two are a disaster and I waste the third on undoing them. So you’re going to stay in that butterfly case till I’ve got all my wishes up and running. That way, if there are any magic deficits to iron out, I have an in-house fairy to do it.’

‘I’ve got claustrophobia,’ shouted the fairy.

The fairy shuddered. ‘I meant agoraphobia.’

‘Here - this’ll cheer you up. Greenery.’ The man pulled a listless swiss cheese plant toward the case.

The fairy considered the plant critically. It screwed up its face in what the man interpreted as disgust. Then it whistled. Magnified by the hole in the glass, the sound separated into a trill of notes.

The man’s eyes narrowed as the plant, vibrating to the sound, reached out to an invisible promise of light and food. It was definitely growing greener.

‘I don’t know if you’ll think it’s an improvement,’ the fairy said and, for the first time, it laughed.

The man felt his chin, and found it had vanished. In its place was a healthy six-week growth of beard. Under the beard and moustache and luxuriant rust-red mane, he turned very pale. He sprang up, ran to the mirror over the fireplace and cursed. The fairy watched nervously as the man craned forward to see more of himself. When he turned round he was grinning. ‘It is an improvement’ he said. ’Now, where were we?’

‘You were about to let me out so we could check the finer details.’

‘Not till we’re further down the line. Nice try though.’

The fairy slumped against the icy wall of the case. ‘I wish I’d never.…  ‘

The man cut in, ’are you sure you’re any good at this?’

‘Well, I can’t help noticing that you’re in a bit of a fix … and you don’t seem to be extricating yourself ...’

‘I thought you said you’d read the literature?’

‘Never heard of them. Not mainstream. Extraordinary how a culture gets represented abroad by its outliers … still, even those fringe activists should have put you right on one thing: fairies can’t grant wishes to themselves.’

‘Basic design flaw. You learn to work with it. Now can we get back to your problem?’

‘Certainly. You grant me x wishes, x being the maximum the system allows, and I’ll have you out of that butterfly case in no time.’

‘X is three. Always was. Always will be.’

‘I had a feeling you might say that. So, here they are: I’ve been keeping them on the back burner just on the off-chance that an opportunity like this might crop up.’

‘That suggests you’re a bit of an optimist.’

No expression flickered across the fairy’s face. ’Well, let’s try them out for size.’

‘They’re quite straightforward - I want to be handsome, rich and famous – not necessarily in that order. I’m flexible.’

‘That’s good to hear,’ said the fairy warily. ‘So it’s a portmanteau set of wishes then. Are you ready?’

‘I run a sleek operation. Latin gobbledegook and coloured light effects are so last year. It’ll be over before you know what’s hit …’

And the man felt a blow to his stomach which doubled him up.

When he could speak again, he whispered ‘It feels as though you got it wrong.’

‘Not wrong exactly. You see one of the problems with wishing is that, if you’ve already got whatever you wished for, the wish bounces back. Think of a football hitting a wall.’

‘Thank you’ said the man. ‘I wondered how I was going to describe the way that felt. But are you seriously suggesting that I’m so handsome, rich and famous that I can’t be improved on?’

‘Not exactly,’ said the fairy, shuffling from foot to foot on the floor of the case.

‘Go on,’ said the man. He felt surprisingly calm – this was not the first disappointment he’d weathered.

‘But it is true that you’re already quite well catered for in all three respects.’

‘What’s your evidence for that statement?’

‘Your secretary fancies you. You’re on a decent salary with annual bonuses, health insurance and use of the car pool. And your face’ll be all over the newspapers tomorrow,’

‘My secretary is the ugliest woman in the building,’ said the man. ‘Miserable as sin. My salary is only £45K a year and the bonus isn’t guaranteed, and what have I got to look forward to when our photo – me with you on my shoulder like a parrot – gets into print?’

‘I don’t look anything like a parrot,’ said the fairy huffily, ‘maybe, yes, maybe, a jewelled humming bird when my left profile’s to camera?’ It tried to unfurl his wings but there wasn’t room.

‘it’s OK for you. I can just see the headline: MAN IMPRISONS FAIRY – in a couple of days I’ll be deluged with mail from fairy-rights activists.’

‘You didn’t tell me about them.’ The fairy sounded intrigued, ‘do you have a phone number?”

‘They won’t exist until tomorrow,’ said the man sourly. ‘Anyhow, not to lose the point of this exercise entirely – are you telling me that I’m so rich, famous and handsome already that my wishes can’t be activated?’

‘So it seems,’ said the fairy, ‘nothing personal, you know. You just have to accept that, on any objective assessment, your beauty, wealth and fame are well above the plimsoll line.’

‘I’m tempted to put cling film over that hole in the glass, and let you suffocate in your own smugness.’

‘I thought all I had to say was “I don’t believe in fairies” and you’d drop dead.

‘You just did and I haven’t. Doesn’t that suggest something? Now, if there’s nothing else I can do for you …’

‘You haven’t done anything yet.’

‘I hate to disappoint. It does nothing for our image, I can tell you. Well, how if I tried to cobble something together … it wouldn’t be much but at least better ...’

‘Than nothing. Yes … No, on second thoughts, Don’t Bother.’

The man pulled a shard of glass away from the case and the fairy climbed stiffly out. The man ignored him, and sat down at his father’s desk. He was glad to have given up. He closed his eyes to shut out another failure.

‘You don’t think I’m much good, do you?’ The fairy was standing in the middle of the blotter, looking belligerent.

He was suddenly very weary. ‘I think you’d do a lot better if you set out the guidelines before you started. And, without wanting to appear critical, maybe you should arm yourself with a sheet of disclaimers.’

The door opened. The fairy threw himself flat on the desk but was still horribly visible.

‘What on earth is it?’ said a disgusted female voice: his secretary with a sheaf of documents for his father’s probate.

‘It’s one of those toys you get at the supermarket checkout.’

‘You’re a bit old for them aren’t you, Mr Gulliver. Dirty little object. I’d put it straight in the waste-disposal.’

Neither the man nor the fairy could mistake the contempt in her voice.

The man hunched deeper into his chair. The fairy sprang to its feet and, braving the red mouth and tombstone teeth, it let out a piercing whistle. The mouth and the rest of the face pulled back, shrank and vanished. The fairy walked to the side of the desk and looked over. On the carpet was a small burn mark.

‘Actually, it was a pleasure,’ and the fairy bowed.

‘Not for me. She may have been ugly, patronising and filthy-tempered but she was the best secretary ever. I shall not see her like again.’ He buried his face in his hands.

‘I judged that wish wrong then’ said the fairy, mostly to itself. It tiptoed to the corner of the desk and got ready for take-off. Should it say something? Some final cheering remark? It thought not.  But it would say something back at HQ. This whole wish business needed an overhaul. Back to basics. And it knew it was the fairy for the job.