It could hardly be more fitting. I arrived in Oxford to take up my role as poet-in-residence for the Post-War: Commemoration, Reconstruction, Reconciliation Mellon-Sawyer Seminar Series 2017-8 on Remembrance Day. The 11th November is observed in many Commonwealth countries as a day to recall the end of the First World War. Hostilities officially ceased at the eleventh hour of the eleventh day of the eleventh month. Saturday 11th November 2017 was also the first occasion on which I could join the series. And so it was that one of my first acts in my new residency was to participate in a ritual, an act of group commemoration, as I sat with the other participants of a workshop to observe the conventional two-minute silence.

Sat. The question had been posed earlier to the group as to whether we wanted to sit or to stand to observe the two minutes. There was a long pause as we grappled with the question. What difference to our internal or external attitude would be made by deciding to sit rather than stand? The series of questions and thoughts that bombarded me in those split seconds of deciding how to answer this question were prophetic. The subsequent hours and weeks have been a matter of confronting a whole series of similar questions about my role and work as a poet for this series. But in that moment we were all posed the same question – what form should our commemoration take? And what was the significance of our choice?

In the end, conscious of my new, unfamiliar role as poet for the series, I felt I could not leave the question unanswered. ‘Sit’, I said. I was speaking for myself initially but as no-one else spoke, it became a response on behalf of the group, leaving me to wonder uneasily what right had I to make that choice? I chose to sit for a number of reasons. I am more conscious of my own body when I sit as it recalls my meditative practice and I have found a consciousness of my own flesh is an important route to re-engage feelings, and thus empathy and compassion. It also recalls for me sitting to write, to read and to listen to stories. Perhaps sitting also feels more provisional, less of a final decision, less easy to read. I remember my father, an atheist, sitting in church as a halfway, ambiguous position; somewhere between kneeling to pray and walking out. Is sitting an act of refusal or an act of respect? For me it is an act of waiting and willingness to discover. These are personal meanings and may have had quite other meanings for other members of the group but once I had spoken my preference aloud, it took on an authority, a decision for the group. Now it was out there, I had to own it.

This entire process, the work of a fraction of a second, turned out to be a foretaste of the questions and challenges that now seem so crucial to me as a poet for the series. What authority could I possibly have to write about such enormous and crucial questions? What forms and practices could I use? Was it right to use existing forms or would something new have to be forged so that the poetry coming out of the series could form a part of the whole thinking, interrogating, critical process? Were there any rational answers to these questions or would I find my responses, like the Dadaists, in the absurd and the wildly irrational?

As we sat in silence for the two minutes, I found myself struggling with other questions. Who was I thinking about in these two minutes? From which conflict? Was I remembering those who had died or also those who had been killed? Friend or enemy? And was what was I supposed to be feeling – and for what purpose? And most crucially, should I be looking backwards or forwards to current situations of conflict, trauma and suffering?

That silence became a very noisy silence. So many questions. So many voices. Some overlooked, forgotten or suppressed. Others commodified or sentimentalised. What kinds of response – poetically, personally, politically – could keep alive all of these voices? And what kinds of narrative could be shaped to make transparent all the acts of selection and repression that go into forming remembrance, personal and public?

Something else happened as I sat there. It was impossible to keep out my own memories, my personal grief for the loss of my mother who died only a few weeks before the beginning of the seminar series. Grief wells up into any space in my day at the moment anyway, and so of course, it flooded into this two minutes of silence. I couldn’t help wondering, what was the relationship between this and my participation in public acts of remembrance? Was it a continuum, with personal grief and individual acts of commemoration at one end and public commemoration at the other, or were they radically different things? If the latter, would there be any value in moving collective acts of commemoration closer to personal grief or would that be a reactionary flight from the transformative potential of group remembrance?

And so now, a few weeks later, I sit at my desk; keen to start making work for this residency but revolving these questions in my mind. It is tempting to try to capture all the questions and thoughts that have come up subsequently from listening to the various speakers who are part of this series and taking part in the debate. Or to venture some answers to them here. To set out my poetics for this residency. But that would be to anticipate the journey. My real challenge as poet for the series, I suspect, is to try to develop a poetry for activating these questions in ways that are different from the other media of the series. My work is to create – attempt to create – an experience of this profound questioning we are engaged in, not merely to describe it or venture some of my own conclusions. To paraphrase the words of American poet Jorie Graham, it is to ensure that the silence the poetry leaves behind it is not the same as the silence it came from.

Read Susie’s blog-post, ‘Better to Remember or Forget?’, where she reflects on joining the Post-War series as poet-in-residence. 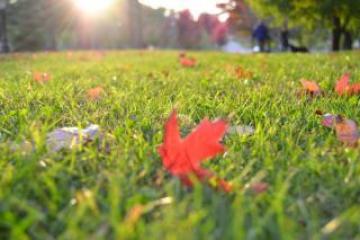