A few months ago I was gazing up at the sky on London’s Euston Road, just across from the British Library: I saw a brown pigeon that seemed to be flying unusually straight and steady, like a bullet cruising above the dense urban streets. When I gave the pigeon a second glance, I realised it wasn’t a pigeon at all, but a woodcock, a shy game bird more associated with marshy country fields and the quiet edges of forests.

An animal out of place may throw our own relationship with our surroundings into question; the woodcock’s presence seemed to break down the binary oppositions of country and city.

There is a moment in Virginia Woolf’s novel Mrs Dalloway (1925) when the description of the London crowd watching a soaring airplane transforms into a vision of ‘dark brown woods where adventurous thrushes, hopping boldly, glancing quickly, snatched the snail and tapped him on a stone, once, twice, thrice’. It’s a curious moment in what is such a quintessentially London novel; the animal’s presence in the city connects us to other spaces, other realms. Woolf’s ‘adventurous thrushes’ intrude unexpectedly onto the urban landscape; this vision of dark, animal woods is superimposed onto Woolf’s depiction of what seems an almost prototypical scene of modernity.

In other contexts, animal presences may remind us of the global nature of the modern city. My current research traces the history of these often forgotten presences in late Victorian and early twentieth-century London. I’m finding that animal encounters often open up fascinating windows onto questions of inequality, environmental damage, attitudes to mental and physical health, and colonialism. For example, so-called ‘invasive’ species provide a living history of the intimate connections between trade, imperialism and the social status of animal-collecting in Victorian Britain. The presence of Indian rose-ringed parakeets in London and Birmingham, muntjac deer from south-east Asia that inhabit central Southampton and Cambridge, or the North American grey squirrels adapted to urban landscapes across the United Kingdom all speak to this history. Squirrels and muntjac deer were brought to country estates in the Victorian and Edwardian period; status symbols, they reflected the global ambitions of the British aristocracy in the period of high imperialism. These animals have spread far from the secluded rural settings in which they were introduced. The parakeet’s origins in Britain are unclear, but they are likely to have emerged off ships returning from India in the mid-nineteenth century. As such, the presence of these and other animals also remind us of the human stories behind the processes of colonization, territorial expansion and global capitalism.

Neel Ahuja’s recent work has identified productive connections between ecological and postcolonial criticism, centring on the role of the non-human in discourses of race and colonization. Ahuja’s work ‘acknowledges links between species, race, and transnational power structures that underlie the production of culture’. For Ahuja, ‘tracing the circulation of nonhuman species as both gestures and materialized bodies within the circuits of imperial biopower […] helps scholars reevaluate “minority” discourses and enrich histories of imperial encounters’. What might the animal tell us about the culture of the city in the age of empire, or post-empire? Following Ahuja, animals can then be ‘companion species under imperial biopower’. Their presence may be occluded, marginalized or rationalized in the triumphalism of the imperialist or post-imperialist global metropolis.

Yet within the world of fiction, poetry and wider culture animals in the city are often disruptive, digressive and resistant presences. Listening to their stories can help us rethink the culture and politics of the modern city.

David Barnes
The Psychic Life of the Poor 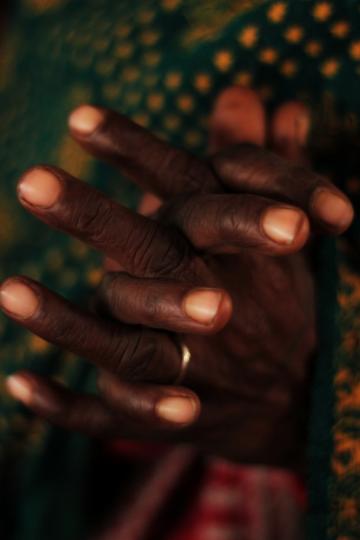