With the support of the LGBTQ+ Music Study Group, the podcast began in August 2019. The first two episodes both feature guests who had spoken at the study group’s symposium: Dr Brian Inglis (who had just released a critical edition of the letters of Kaikhosru Sorabji to Philip Heseltine), and composer Anthony R. Green.

I was delighted to receive TORCH Graduate Project funding this year. While the original intention was to develop the podcast in an interdisciplinary collaboration, my partner unfortunately had to withdraw from the project at the last minute. Nevertheless, in the interdisciplinary spirit of TORCH, Bent Notes has been developing with the input of several humanities scholars at Oxford and beyond. Bringing in these new perspectives has been even more fruitful than I could have imagined, and it brings me great pleasure to share some of what we have achieved so far.

Having the funds to travel and conduct interviews enabled me to go to London and meet singer, researcher, and trans rights activist CN Lester. They have discussed trans musicianship in several prominent interviews before. They are less often asked, however, about their historical research. I engaged historical violist and Oxford alumna Jam Orrell to interview Lester about their recently completed PhD thesis on 17th-century Venetian composer Barbara Strozzi. The episode centred on gendered narratives in music history and the harmful stereotypes which they guide us into: women composers cast as the ‘exception to the rule’, as a masculinised and divergent genius, or as exotic and sexy.

For the following episode, pop scholar Marie Bennett from the LGBTQ+ Music Study Group travelled to Oxford to interview Jack Doyle, a historian specialising in 20th-century masculinities who recently finished his DPhil here. Their discussion of the afterlife of Freddie Mercury, described by Jack as ‘a joyful intergenerational fan/academic conversation’ spanned the politics of the posthumous queer icon, AIDS crisis media, celebrity relationships to the closet, and the nuances of white passing.

Since the coronavirus lockdown, I have naturally had to switch to an online interview setup, and now have three episodes recorded and in the editing stage. Uninhibited by the expectation of meeting guests in person, I spoke to Toronto-based drag artist and music anthropologist Ryan Persadie (AKA Tifa Wine) about queer musical geographies of the Indo-Caribbean diaspora in Canada. In-keeping with the project’s emphasis on interdisciplinary collaboration within the University, I have also interviewed Prof. Philip Bullock, TORCH director and Professor of Russian Literature and Music, about his research on Tchaikovsky’s gay networks. Most recently, I have interviewed Dr Hannah Robbins from the University of Nottingham on The Wizard of Oz and what it means to be a ‘friend of Dorothy’.

While my circumstances during lockdown have prevented me from keeping to the planned release schedule, the drawbacks of remotely interviewing (compromised audio quality, trickier editing processes, and the lost intimacy of co-presence) are outweighed by the benefits of maintaining the project’s momentum. Future episodes will feature Dr Gillian L. Gower on the medievalism of Janelle Monáe, Prof. Rachel Cowgill in conversation with male soprano Robert Crowe on his new CD The Romantic Castrato, composer Michael Finnissy on his new piano and multimedia piece for Zubin Kanga, and a roundtable episode for the Royal Musical Association’s annual conference.

While I was originally drawn to podcasting by the prospect of incorporating music, royalty fees are even more prohibitively expensive than I had imagined. Episodes about pop music in particular are unlikely to include musical examples for the foreseeable future, and must rely on the listener seeking them out for themselves. When Bent Notes includes music, it is by the kind permission of small record labels, composers, and live performers. Nevertheless, the experience of hearing the voices of people who listen critically is a valuable one. It is an honour to have been able to give a platform to such a diversity of perspectives: across disciplines and genres, the voices of black and brown scholars and artists, several trans contributors, and guests at various stages of their careers have demonstrated fittingly that the joy of queer study is in the diversity of its possibilities. I hope that, as the field continues to thrive, Bent Notes can follow it in all directions, and reach new listeners.

Bent Notes is produced by George Haggett, DPhil in Musicology, University of Oxford. Listen to all previous and future episodes here. Follow George on Twitter @haggettgeorge. 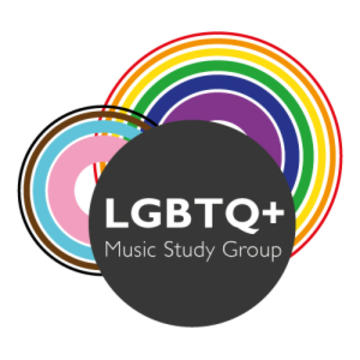