Back in January of this year, the Bermuda Centre for Justice, supported by the TORCH Race and Resistance Programme, hosted a panel discussion for the Bermuda legal fraternity entitled "Race, Law and History". The panel explored the intersection of the three lines of inquiry – race, law and history - to provide a unique historical perspective on the Bermudian legal system. Consideration was given to the evolution of race-related legislation in Bermuda, the limits of colour-blind legislation and the interplay between race and gender.  A link to the event video recording is supplied at the end of this article.

The keynote address was presented by the Honourable Chief Justice of Bermuda, Dr. Ian Kawaley, entitled ‘400 Years of Courts in Bermuda (1616-2016): Towards a Non-Racial Vision of Justice’. The Chief Justice provided an insightful analysis of the evolving role Bermuda courts played from initially being required to uphold discriminatory laws to their current obligation to apply the law in a non-discriminatory manner. Ben Adamson, a Director at Conyers Dill & Pearman and a Human Rights Commissioner, followed by exploring the fascinating story of ‘The Brig Enterprise’. The Enterprise was a 19th century US slave ship that ran aground in Bermuda, a British colony that had by the time of the shipwreck abolished slavery. After a groundbreaking late night court sitting the Bermuda authorities were compelled to offer freedom to the seventy eight slaves onboard.

A useful overview of race-related legislation was subsequently supplied by Walton Brown Jr MP. Mr. Brown examined how laws passed in Bermuda since emancipation helped set the framework for a racialised political structure. Venous Memari, Managing Director of the Centre for Justice, proceeded by examining the impact of police stop and search practices and whether colour-blind legislation is equivalent to racial justice. The event closed with Kim Caines, a lawyer at Mello Jones and Martin and Co-founder of the Women’s Legal Network, who carefully explored the impact of race on the women’s suffrage movement.

Alexa Virdi is currently completing her DPhil in Law at the University of Oxford.

Voices Across Borders is always looking for new Race and Resistance Research network members to contribute to this blog. If you would like to write a piece, or if you have a response to a blog entry you have read here, please e-mail the blog editor, Tessa Roynon. 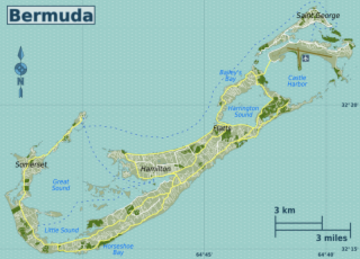